The National Party intends to extend its policy for young beneficiaries to more young people if re-elected on 20 September. 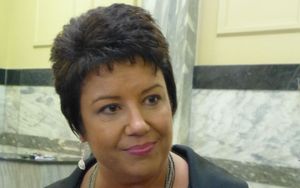 In 2012, National introduced payment cards and money management advice for 16- and 17-year-olds receiving the Youth Payment, and for parents up to age of 18.

Under the new policy, Work and Income would refer people under 20 with complex needs to a youth service provider and would receive intensive support and guidance, budgeting support and a payment card.

On Monday, it said it would extend that to 19-year-old sole parents and to many other beneficiaries aged 18 and 19.

Social development spokesperson Paula Bennett said there are no specific plans to extend the plan to other beneficiaries at the moment.

"Anything can happen in the future, but it's certainly not in our plans ... We see that every bit of our evidence tells us those it is those that are under 20 that are the highest liability and actually gonna struggle the most throughout their lifetime, so it is them that we're concentrating on."

The extension would cost $10 million to $15 million a year, she said.

The Beneficiary Advocacy Federation says the pre-paid card system is flawed and should not be extended.

Spokesperson Kay Brereton told Radio New Zealand's Checkpoint programme on Monday that $50 is the most cash young people end up with if they're on the card system and that's often not enough for incidentals, such as getting to training or paying for medication.

The Government should prove that the system is helping more people into work and training before rolling it out further, she said.