Labour Party leader David Cunliffe will make a statement about his future later this afternoon. 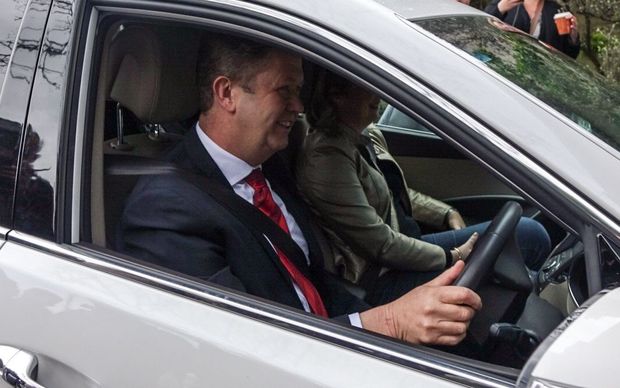 Mr Cunliffe is currently attending a Labour Party council meeting and is to speak to reporters after that meeting.

He has been considering whether or not to resign, and the outcome of that meeting could be a deciding factor.

He had been under pressure to resign since the party's resounding election defeat last weekend.

The party's council is meeting to discuss the terms of reference for a review of Labour's election campaign.

It is understood those unhappy with Mr Cunliffe want him to resign so that Grant Robertson and Jacinda Ardern can take over as leader and deputy leader respectively.

Mr Cunliffe said that he thinks the party should run a primary-style contest to decide who should be leader, and said he would stand in any such contest.

If Mr Cunliffe resigns and decides not to stand in any subsequent leadership election, it could clear the way for Mr Robertson to stand unopposed, and avoid a primary style election among Labour Party members, that would include the party's affiliated trade unions.

Mr Cunliffe's deputy, David Parker has said he would not stand as leader in any contest.

Napier MP Stuart Nash said he could consider a run at the leadership.

Mr Cunliffe has been a MP since 1999 and was Minister of Health in the last Labour Government between 2005 and 2008.

He was elected Labour leader on 15 September 2013 and if he resigns today, would have served the shortest term of any leader in the party's history.