Prime Minister-elect, John Key, expects new MPs to be sworn-in to Parliament on 20 October, once he has formed a new Government.

Mr Key has begun talking with National's former partners in the last term, including ACT, United Future and the Maori Party.

National could govern alone after its resounding win in the 2014 election but Mr Key said he was keen to work with other parties.

He said his office has had initial talks with the sole ACT MP, David Seymour, and was not ruling out a ministerial position for him.

Mr Key said he would be meeting the party leaders from tomorrow.

Mr Key said National will look to secure support agreements even if it keeps its 61 seat majority once the special votes have been counted. He did not expect the final count due on 4 October, and including special votes, to change National's numbers in Parliament.

He said Parliament will resume on 20 October, with the Speech from the Throne the following day.

National took 48 percent of the vote, giving it 61 seats in a 121-seat parliament.

Mr Key said he had no intention to take the Government off to the right, and will govern as National's supporters expected it to.

Mr Key said the result was a ringing endorsement of National's policies but MMP was designed to encourage parties to work together.

"In the coming days, I will talk to the leaders of political parties with a view to putting together a broader majority and to ensure a durable and strong government," he said.

Mr Key said even if National was able to govern alone, he would tell his ministers to act carefully and not do anything that could be seen as arrogant. 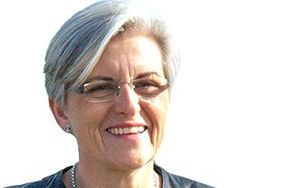 Labour's Maryan Street will not return to Parliament Photo: Supplied

He was aware of the pitfalls of being in power with no checks or balances, he said.

"It's a marvellous result that National may technically be able to govern alone, but it's a dangerous position for governments that let it go to their head," he said.

The Labour Party won 24.7 percent of the party vote, down from 27.5 percent at the last election, meaning the number of seats it has in Parliament will drop from 34 to 32. That includes just five list MPs and means long-serving MPs Maryan Street, Moana Mackey and Carol Beaumont will not return to Parliament. 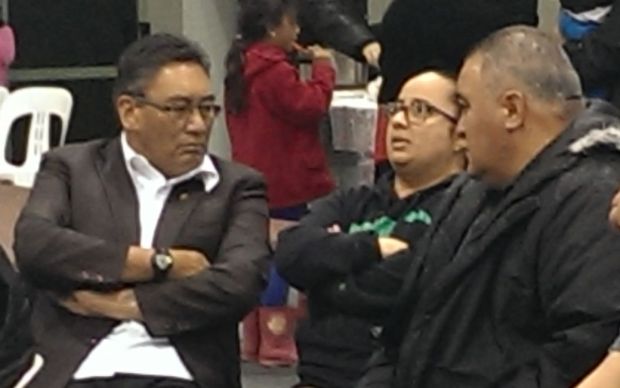 But Labour had some moments of success on a disappointing night, winning three Maori seats to add to the three it already held, including Te Tai Tokerau, which Kelvin Davis took from Mana Movement leader Hone Harawira in arguably the election's biggest upset.

The Maori Party has retained only Wairaiki, where party leader Te Ururoa Flavell won by more than 3000 votes.

But the Maori Party is likely to get a list MP, with Marama Fox joining her leader in parliament.

"They are well funded, to say the least, and it's clear that our fund raising must become an ongoing priority," he said.

Mr Cunliffe said the National party had had the benefit of a long period of stability in their caucus and leadership. On the other hand, Labour had changed leaders three times in recent years; Mr Cunliffe said he would talk to party officials and seek a vote on his leadership by the end of the year.

"They [National] are disciplined in their messaging and in their implementation."

To loud applause from the party faithful, Mr Cunliffe said Labour would immediately begin a three-year campaign for the government benches.

"I'm not blaming the party structure and I'm certainly not blaming any individual. I'm saying that as a collective, we need to reflect upon the lessons," he said.

"I'm certainly willing to take my share of it but I think we need to go through a proper process where we reflect on the future and move forward together." 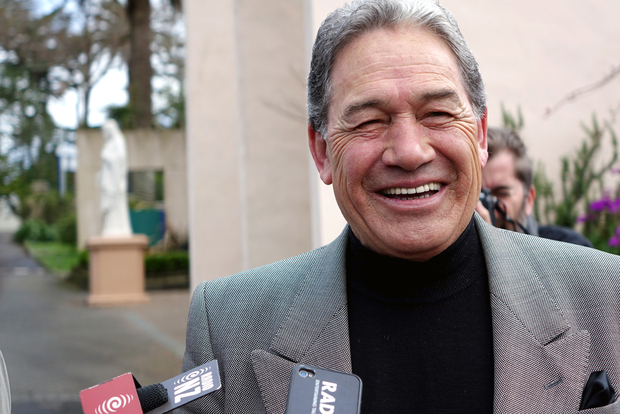 New Zealand First leader Winston Peters said he was not interested in talking to the National Party about any common ground.

New Zealand First has won 8.9 percent of the party vote, which will bring 11 list MPs into parliament - three more than in 2011.

John Key indicated last night he would include New Zealand First in any talks with minor parties about governing arrangements.

Mr Peters said he does not want to be in any arrangement without a change in economic direction, so any talks with National would be meaningless. 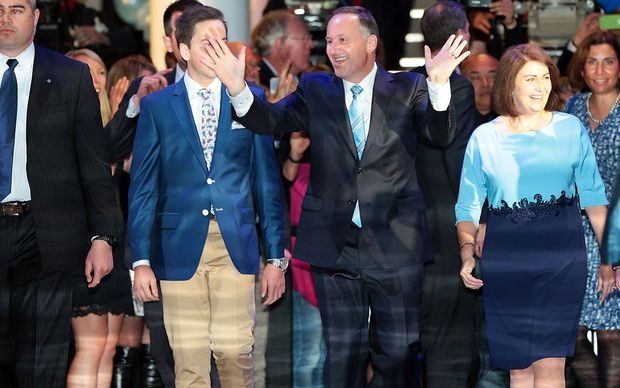 Mr Key said he would not rule out working with Mr Peters.

"I'll let the dust settle, but I was of the view we could work with New Zealand First if it was required and if he (Mr Peters) was of the mind to do so," he said.

"I always thought if we were the biggest political party and he held the balance of power he was always likely to come with us because he's always been loyal to that viewpoint.

"So it's not impossible we could build a closer relationship over time, but that will depend on what Winston Peters wants to do. We'll need to give it some thought, but maybe working together isn't a bad idea," he said.

But Mr Peters ruled that out, saying he was not interested in talking to National about any common ground and would stay on the crossbenches to keep the Government accountable.

The election result gives National several potential allies, and Mr Key said he would talk to his coalition partners in the last parliament, United Future, the Maori Party and ACT, in the coming days.

He did not rule out having an arrangement similar to the Memorandum of Understanding which National had with the Green Party in the past six years. 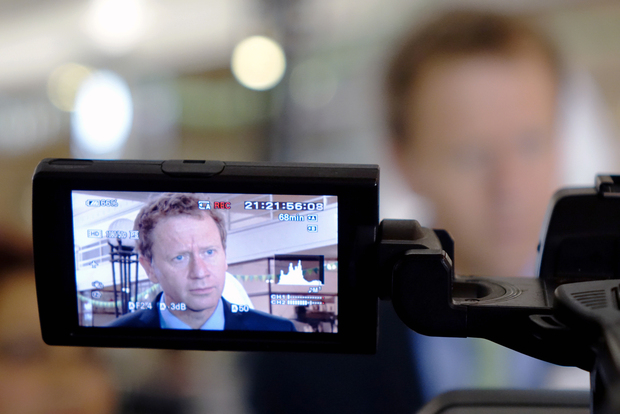 Green Party co-leader Russel Norman said he had no regrets about the party's election campaign and would do it all the same again.

The Greens had been aiming for 15 percent but achieved just 10 - about 1 percentage point lower than their result last election.

"We got 11.1 percent last time, which was a huge increase for us. We've effectively held that vote through to this election, but totally, we wanted to increase it, there's no doubt about that," Dr Norman said.

He said there had been "a distinct swing to the right".

"Not a huge one but certainly a few percentage points and given it was third term National government, that was a remarkable outcome. But against that swing, the Greens held their own." 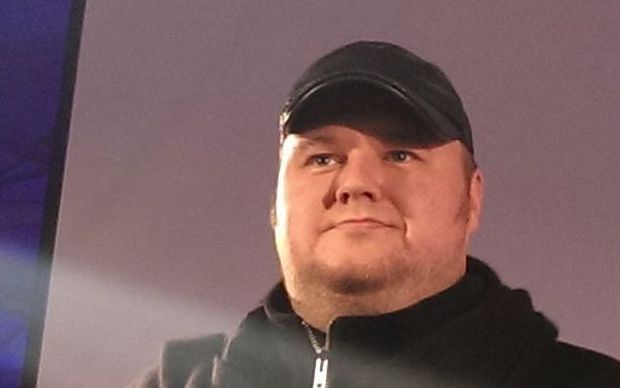 He had warned Mr Dotcom that his efforts to unseat John Key would backfire, Dr Norman said.

Green Party co-leader Metiria Turei is offering to work with National and other parties to end child poverty and said the Greens were yet to look at what common ground there may be between them and National.

John Key has already ruled out a Memorandum of Understanding with the Greens, similar to what the two parties had in National's first term.

Mrs Turei said the Greens had not worked through their strategy to see if there were avenues and had not looked at National's policies to see if there could be areas of commonality.

But she said there had been a strong call from the public for cross-party agreement on ending child poverty and she would welcome National and others to work on that with the Greens.

Internet Mana was well off the 5 percent threshold, receiving only 1.26 percent of the vote as well as losing Mr Harawira's Te Tai Tokerau electorate.

Mr Dotcom said that his brand had turned out to be "poison" for the Internet Mana alliance.

Although the ACT Party got less that 1 percent of the party vote, it made it into Parliament as a result of candidate David Seymour's win in the Epsom electorate.

An emotional ACT party leader, Jamie Whyte, expressed disappointment at winning only the Epsom seat, and attracting less than 0.7 percent support on the party vote. 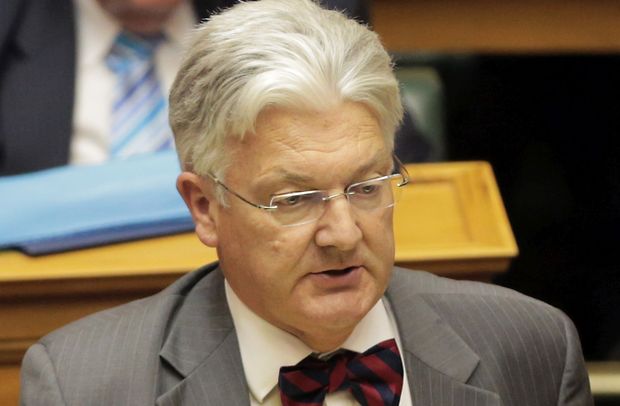 United Future leader Peter Dunne will return to parliament after winning in his Ohariu seat although only after a close tussle with Labour candidate Virginia Andersen, which Mr Dunne eventually won with a 900-vote margin.

Mr Dunne thanked the people of Ohariu who had voted for him to continue being their MP - his 11th straight term.

He put his success in the electorate down to living in the community, representing the people there on grass-roots issues and sharing the electorate's values.

The Conservatives polled fifth highest in the party vote but fell just short of the 5 percent needed to get into Parliament.

The election was party leader Colin Craig's second failed attempt to get into Parliament.

"I'm disappointed we didn't make it, but I'm confident we can in 2017. I'm encouraged by the 100,000 people who did vote Conservative. The party can only get stronger," he said.