Opposition parties are accusing the National Party of desperately dangling tax cuts in front of voters, but being unable to provide any details other than a potential start date for them. 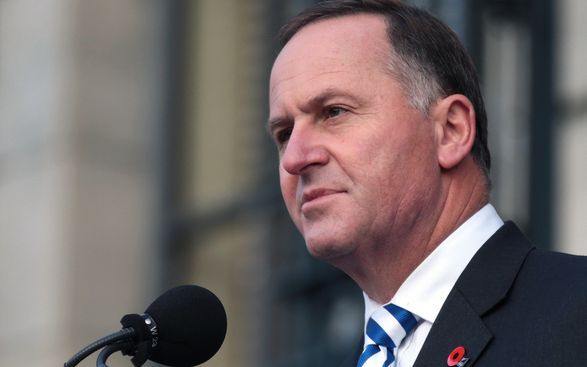 If re-elected, National intends to commit $1 billion a year to new spending over the next three years, while retaining $500 million a year for tax cuts and debt repayment.

Leader John Key said if the cuts went ahead they would be modest - about $10 a week - and would be targeted at low and middle income earners from April 2017.

Labour leader David Cunliffe said the announcement was an empty promise and was designed to distract voters from the Dirty Politics issue.

"National's effectively offering about a $5 a week cut, maybe, in 2017. That's a whole election cycle away."

Greens co-leader Russel Norman said it was unfathomable that National could make a promise it could not explain.

"It's a bit of a Clayton's promise, I guess. It's the kind of election promise that they hope people will hear and go 'oh, tax cuts', but then National don't give us any detail about exactly how they'll be delivered," he said.

New Zealand First leader Winston Peters said the National Party is having a laugh at the public's expense with its talk of what he describes as virtual tax cuts. At a Grey Power meeting in Porirua today, Mr Peters said National's brand in the election campaign is one of economic cynicism.

However, a new survey shows that the business community is backing National's economic plans for the country.

Only 30 percent of businesses backed National's plan at the last election.

The survey found that 62.5 percent rejected Labour's plan for capital gains tax while 73.5 percent of respondents were against its plan to raise the top tax rate to 36 percent.