Minister of Labour Simon Bridges says the right-wing blogger Cameron Slater had no influence over his decision to change employment rules relating to cleaning industry workers earlier this year. 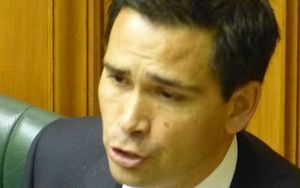 The Dirty Politics book suggested Mr Slater ran a smear campaign on his Whale Oil blog at the behest of a public relations man, Carrick Graham, in an attempt to force the minister's hand.

Mr Bridges said it was clear the men had an agenda but the employment law changes were due to official advice and had nothing to do with Mr Slater's blog posts.

He said, if anything, Mr Slater's posts made him less likely to make the changes, as he doesn't like being told what to do by bloggers.

"His posts were counter productive, but in the end the advice was very clear and so we made the changes" Mr Bridges said.