West Coast farmers say compulsory fencing of waterways on all dairy farms can't apply to them because conditions are different on the coast. 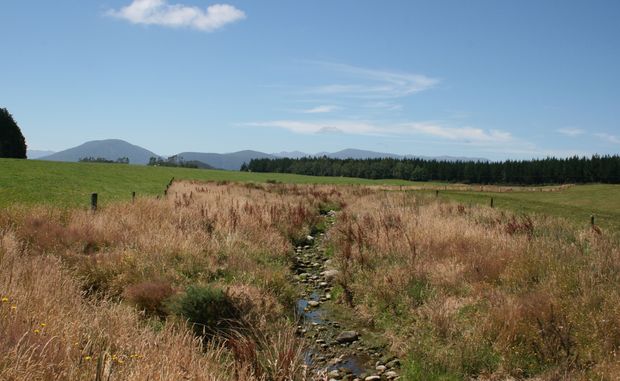 The National Party said if it is returned as the Government in the election on 20 September, it will regulate to exclude all dairy cattle from waterways by mid 2017.

This will then be extended over time to other cattle on intensively farmed lowland.

National said it will also spend $100 million over 10 years to buy and retire selected areas of farmland next to important waterways to create environmental buffer zones.

Federated Farmers questioned the need for such regulations, as a new dairy industry clean streams accord signed last year also requires all waterways on dairy farms to be fenced off by that date.

The exception to that is the West Coast, where dairy company Westland Milk Products did not sign up to the accord.

Federated Farmers West Coast president Katie Milne said there are good reasons that the reason they didn't sign relate to the high rainfall in the area.

"We devised some rules years ago, in conjunction with DOC and Forest and Bird about were the damaging points, so it was about intensity," she said.

"So we've tried to address it in ways that give good environmental outcomes, and if you can't meet those, you do have to go ahead and fence."

She said mandatory fencing had worked well in areas such as Lake Brunner.