The National Party says that if re-elected, it would invest up to $210 million on extending the ultra-fast broadband rollout. 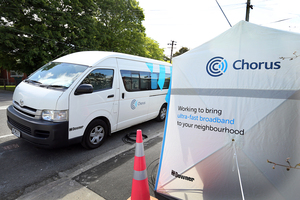 National communications and information technology spokesperson Amy Adams made the announcement on the campaign trail in Hamilton today.

Ms Adams said the current rollout is progressing well, but there were plans to expand coverage.

The money will come from the Future Investment Fund, in which the proceeds from partial asset sales have been invested.