National's finance spokesperson Bill English rejects Opposition suggestions that the prospect of tax cuts is irresponsible, and says falling dairy prices do not alter the track for the economy. 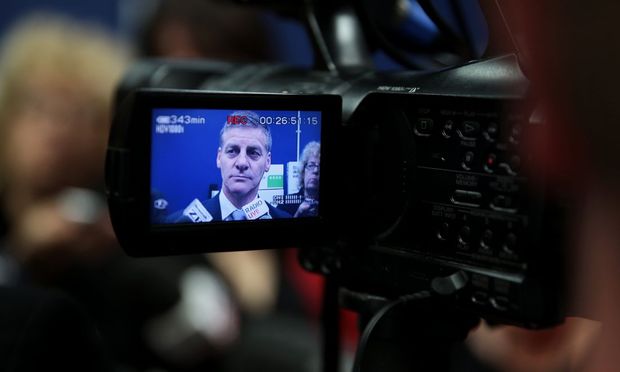 National will give more detail on its tax plans week and Opposition parties are accusing it of attempting to buy the election with tax cuts the country cannot afford.

ANZ is predicting a lower Fonterra payout to dairy farmers that could take about $5 billion of revenue out of the economy this year compared with last year.

At the moment, European dairy farmers cannot sell their milk products to Russia because of economic sanctions imposed over the Ukraine conflict, and with a dairy product excess, they are eyeing up New Zealand's usual customers.

Add to that an economic slowdown in China, and economists are warning that tax cuts may not be a sensible course to chart.

However Mr English told Radio New Zealand's Morning Report programme that there is growth in other parts of the economy.

"Dairy prices have come down probably just a bit faster than had been assumed by everybody three or four months ago but it doesn't fundamentally alter the track for the economy."

There was opportunity for sustained economic growth in the 2.5 percent - 3.5 percent range and if that was achieved households would see continuing income rises.

The drop in dairy prices, conflict in the Ukraine and the prospect of recession re-emerging in Europe are potential problems. "There are a lot of potential problems in the world, and that's why we manage pretty carefully, he said.

"Since they got in office they built up big debt and now they want to give away tax cuts again to try to get themselves back into office, rather than build in some fiscal headroom so that if the economy does not perform as well then there's some space. This is not the time to be giving away big tax cuts" 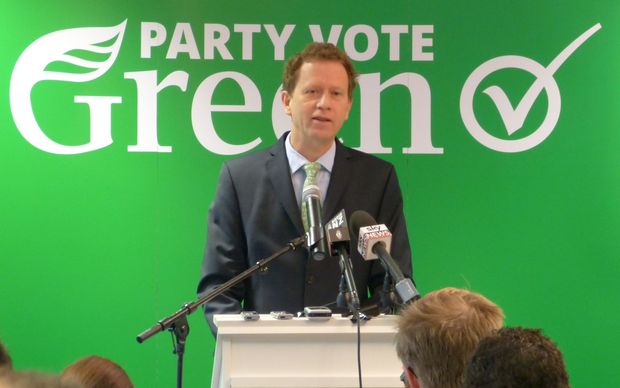 With the ANZ bank cutting its forecast of Fonterra's payout to $5.25 per kilo of milk solids, it seems likely dairy farmers will have less money for paying off debt, and the economy as a whole will take a hit.

New Zealand First leader Winston Peters said it looked like New Zealand's 'rock star' economy was about to hit the rocks and National's tax cuts are never going to happen.

"It shows that they're trying to win the election not on sound management, which was their claim, but rather that their management is now seriously being exposed. Remember this, that these farmers are also suffering from an extraordinarily high, overvalued, artificially high dollar which the IMF has been pointing out to this country for the last two-and-half years."

Labour' s finance spokesperson, David Parker, said his party has a plan to create a high value economy, but National was floundering.

"It shows the vulnerability of the New Zealand economy when its too reliant on a narrow subset of exports. Already exports have gone down under National from 33 percent of the economy to 29 percent. They're now projected to go under 26 and maybe with these latest prices they might drop even to a lower percentage. It shows that National's economic policies are failing to meet their promises."

Mr Parker said National had run six deficits in a row and should not be promising tax cuts when it had not even run its first surplus.

Tax cuts' must be affordable'

Victoria University economist John Shewan told Nine to Noon tax cuts should not be made unless they were re affordable - but even with falling dairy prices National could set aside between $500 million and $750 million for cuts. Mr Shewan said even modest cuts to income tax would have a stimulating effect on the economy.

"Is it affordable? We'll have to see what the government finances look like. I think they would pull back from the tax cuts if they turn out not to be affordable.

" The key though is that it is clear from work done by numerous academics that the most growth-distorting taxes are taxes on wages and salries and therefore if we're going to try and help and stimulate growth, lowering personal taxes is the way to go," said Mr Shewan.

Council of Trade Unions economist Bill Rosenberg said there was no doubt lower- and middle-income people needed more in their pockets, but the government would have to make cuts to other essential services to pay for even minor tax reductions.

"If in addition they want to have new programmes and they want to have tax cuts, then what we're going to have is real cuts in the services that those same people who are on low and middle incomes really benefit from." A better alternative to help this group would be to pump money into Working for Families, he said.