The police say they have now received two complaints relating to the resignation of the Justice Minister, Judith Collins, at the weekend, and both are being assessed. 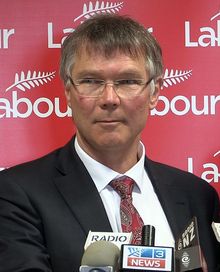 One is from the Labour Party claiming people within the National Party, including Ms Collins, have breached numerous the Crimes Act by unlawful accessing computers, corruptly using information and intimidating witnesses.

The police will not reveal who made the other complaint.

There are new allegations that bloggers Cameron Slater and Cathy Odgers were being paid to undermine and attack the Serious Fraud Office and Financial Markets Authority which were investigating Hanover Finance.

Ms Collins resigned as a minister at the weekend after an email from Mr Slater surfaced suggesting she had been involved in efforts to undermine the-then SFO director Adam Feeley in 2011. An official inquiry is to look at these accusations, which Ms Collins denies.

The complaint also asks police to look into the release of private information by Ms Collins, as well as the accessing of the Labour Party's computer system.

In the letter, Mr Parker writes that these were "serious matters that go to the heart of administration of justice in New Zealand and public confidence in democracy and the rule of law."

The complaint also covers the accessing of Labour Party computers by National and the leaking of private details of public servants to the bloggers.

While Mr Parker believes police should act immediately to ensure evidence including computer records is secured, he told Radio New Zealand's Nine to Noon programme he was not trying to influence any investigation.

He said the decision was for Police Commissioner Mike Bush. "Whether he gets back to me or not, that's his choice."

Prime Minister John Key said Labour were "playing politics" over the investigation, and using it as an election issue.

"The Labour party can't win on the core issues, of the economy, law and order and education, they don't want to fight National at that level."