Police have confirmed they are investigating a complaint laid by the Whale Oil blogger Cameron Slater following the publication of the book Dirty Politics.

However, they still have not confirmed if they will investigate a complaint laid by the Green Party against several people, including Justice Minister Judith Collins. 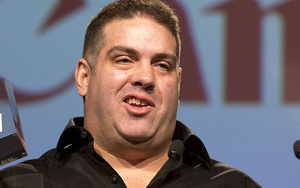 Nicky Hager's book is based on thousands of emails and Facebook messages revealing the right-wing blogger's conversations with National Party members.

Mr Slater has returned to Auckland after a trip to Israel. Counties Manukau police today confirmed they have received a complaint from Mr Slater and will investigate it in accordance with standard procedure.

The Green Party has also filed complaints with police, relating to what it says are the very serious allegations contained in Dirty Politics.

An internet safety group is frustrated that Judith Collins, the minister in charge of anti-cyber bullying policy, is standing by Cameron Slater, whose posts on his Whale Oil blog resulted in public servant Simon Pleasants receiving deaths threats.

Since the publication of Dirty Politics, the minister has admitted emailing details of Mr Pleasants, including his phone number, to Mr Slater in 2009.

On Tuesday, Ms Collins told Radio New Zealand that she was loyal and stood by her friends no matter what.

But Netsafe executive director Martin Cocker says there are limits to how far people can say they will support a friend.

"We're kind of frustrated that then she got caught up in the process of cyber-bullying and it weakened her ability to promote that law and to develop it."

Mr Cocker says he hopes Judith Collins will reflect on what has happened and change her behaviour.