The Labour and Green parties say it is untenable for Judith Collins to remain a minister in the wake of her latest gaffe.

Ms Collins has had to backtrack today, after wrongly claiming that Mr Edwards had cleared her of wrongdoing over passing information to the blogger. This morning, she admitted making a mistake, saying she'd misinterpreted media reports. 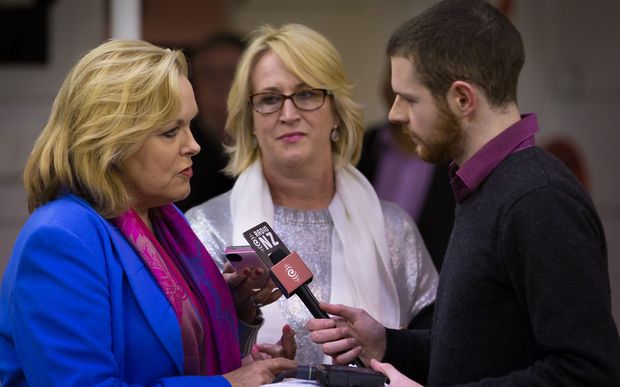 Privacy Commissioner John Edwards has said he will not to open an inquiry without the support of Mr Pleasants, and that the complaint came from the Greens rather than the public servant.

Mr Pleasants told Radio New Zealand today that he would not be getting involved in any political moves and had not complained to Mr Edwards.

Last night, Ms Collins told Radio New Zealand that Mr Edwards had found she hadn't leaked any private information, but this morning said she now accepts that that interpretation, based on media reports, was incorrect.

But Greens co-leader Metiria Turei said today that is not good enough.

"Judith Collins knows what she has to do - which is to resign her position. She's refusing to do so, she's clutching at straws, she's making things up. (Prime Minister) John Key refuses to hold her to account, and at the moment, the only independent agency who can do so outside the political heat of an election campaign is the Privacy Commissioner."

Ms Turei said she still hoped to persuade the Privacy Commissioner to begin an inquiry, but she told Morning Report that Simon Pleasants was in a difficult position because he was a public servant employed by the Government.

"We have to remember there is a significant power imbalance here. He is a public servant. He is employed by the Government. Making a complaint against a very senior Cabinet minister in the middle of an election campaign is a very big deal."

However, Ms Turei was gathering more information and would ask Mr Edwards to reconsider his decision, she said.

The Labour Party says Ms Collins' hasty backtrack shows how desperate she is to clear her name. It says she is too compromised to remain a minister and Prime Minister John Key must step in. 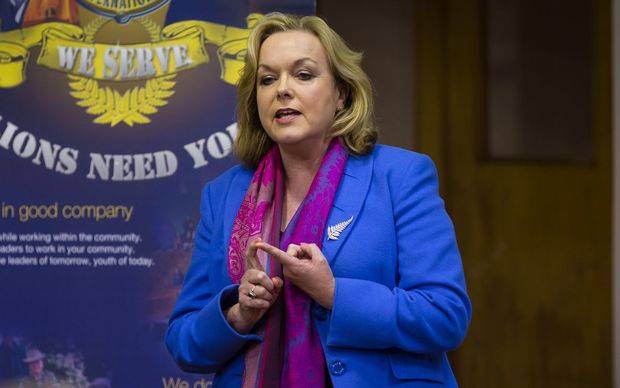 Minister has major role in book

She has since admitted emailing details about public servant Simon Pleasants, including his phone number, to Mr Slater in 2009. Mr Pleasants was subsequently abused on Mr Slater's Whale Oil blog and also received death threats.

Ms Collins last night appeared at a public "meet the candidates" meeting in the rural town of Drury in her Papakura electorate.

About 50 locals turned out for the meeting - the first of its type since Dirty Politics was released. However, most attendees were disinterested in the Dirty Politics saga or Ms Collins' role in it. Their questions for the candidates instead focused mainly on law and order, and immigration.

Before the meeting, Ms Collins told Radio New Zealand she did not condone the death "unfortunate" threats.

However, she would not say whether she approved of Cameron Slater's posts, which accused Mr Pleasants of leaking information over Finance Minister Bill English double dipping on his housing allowance, without any evidence.

"I have been cleared by the Privacy Commissioner... and I do not want to go into any detail on matters which are currently the subject of multiple complaints," she said.

However, in a brief statement this morning, Ms Collins said her interpretation was wrong and, should a complaint come directly from Mr Pleasants, an inquiry could be opened. 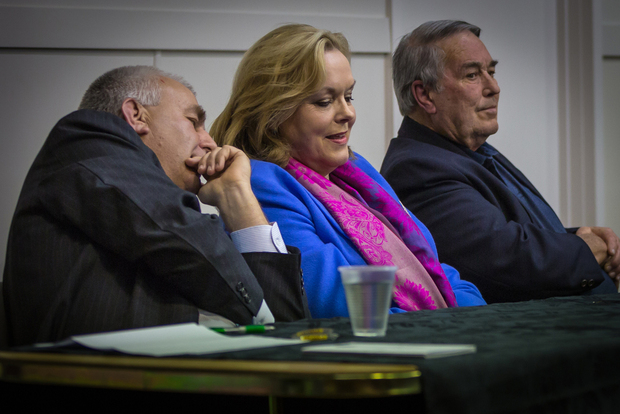 Last year, Judith Collins, who is National's spokesperson on cyber bullying, announced new measures to hold cyber bullies to account for what she described as "bullying and harmful online behaviour".

As Justice Minister, she is responsible for and has championed anti-cyber bullying legislation introduced to Parliament last year.

The minister refused to be drawn on whether she had effectively facilitated cyber bullying by passing on public servant Simon Pleasants' details.

"Actually, no. We're not going to talk about details of a matter which are currently with police ... if I did, I would then be accused of trying to influence the police," she said.

Ms Collins said she stands by her friend and blogger Cameron Slater.

"Mr Slater doesn't agree with my views on cyber bullying, and just because he is a friend of mine, as by the way are many hundreds of people, does not mean to say that I condone everything that anybody who is a friend of mine does.

"That is the nature of friendship. You put up with your friends no matter what if you're a loyal friend. And I'm a very loyal person."

Ms Collins says she does not condone death threats, but says she is loyal and will put up with her friends no matter what.