This week what is probably the most important document related to the election campaign was released. But, unlike Nicky Hager's book Dirty Politics, it received scant attention. 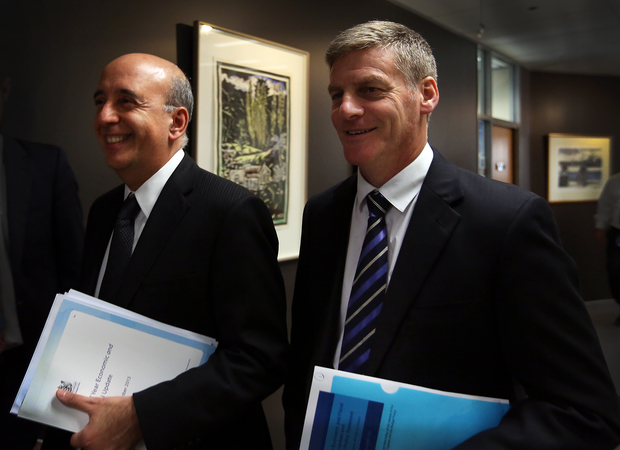 The Treasury's pre-election economic and fiscal update outlined its assessment of the state of the economy and of the Government's books. Essentially it is a guide to how it believes the economy will perform over the next three to four years and what that will mean for the Government's coffers.

It is still forecasting strong growth but, on the back of falling dairy prices and rising interest rates, growth is not going to be as strong as it predicted in the May Budget. That means the tax take will be lower than expected and projected budget surpluses will also fall short of the May forecast. As well, more people will remain jobless than the Treasury initially expected.

Finance Minister Bill English says it reinforces the need for continued spending restraint to ensure the public finances do get back into surplus. That, he argues, will take pressure off interest rates and keep them lower than they otherwise would be.

But most interest was in comments Mr English made about the book Dirty Politics.

Mr English's comments were more about the political practices outlined in the book rather than about the book itself. After days of Prime Minister John Key denouncing the book as all lies and part of a leftwing conspiracy to smear him and the National Party, his deputy took a different tack.

Mr English made it clear he did not condone the use of rightwing blogs to attack political opponents. He says it is not the sort of politics he engages in. While he would not comment directly about Justice Minister Judith Collins, who is heavily implicated in Facebook messages between her and rightwing blogger Cameron Slater, his comments represent an implicit criticism of her conduct.

It contrasted with Mr Key's continued defence of Ms Collins and his view that it is just politics as usual.

Later releases of Facebook messages between Mr Slater and his friends Aaron Bhatnagar and Simon Lusk further explain why Mr English has a different view. It is clear Mr Slater dislikes the Finance Minister, blaming him for blocking the appointment of his father John Slater, a former National Party president, to any government boards.

During the week, too, Mr Key shifted ground, being forced to concede Ms Collins had passed on to Mr Slater the name of a public servant who she believed had been responsible for leaking in 2009 details of Mr English receiving an accommodation allowance when he lived in Wellington. But Mr Key says Mr Slater already knew the name.

Later though he said Ms Collins had been unwise to pass on the public servant's contact details to Mr Slater. On the face of it, Ms Collins' action is a breach of the Cabinet Manual but her leader rejects that.

Despite intensive news media interest, Ms Collins, who Mr Key described as "no shrinking violet", refused to speak on the matter.

Mr Key also continued to be dogged by allegations his office was involved in instructing Mr Slater to put an Official Information Act request to the Security Intelligence Service to get a copy of a briefing to the then-Labour leader, Phil Goff, in 2011. Mr Slater got the information in a matter of days, prompting claims of political interference.

The Inspector-General of Intelligence, Cheryl Gwyn, is inquiring into allegations the SIS documents were declassified in order to be used politically. It is unlikely that inquiry will be completed before the election on 20 September.

Meanwhile, Mr English is frustrated because so much of the discussion is about Dirty Politics, not the economy. He believes National has a good story to tell, with the Government's books still expected to be back in surplus this financial year and the economy growing strongly, albeit more slowly than anticipated.

Opposition parties also want to talk about the economy. They believe National's approach is too narrow and will not provide the growth needed to lift wages and reduce poverty.

But while the catchcry of former United States President Bill Clinton's successful campaign was "it's the economy, stupid", so far New Zealand's 2014 campaign has been all about Dirty Politics.