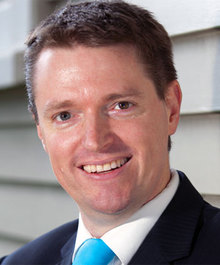 The executive director of the Bar Association, Melissa Perkin, is ranked fourth, and a biomedical scientist, Edward Saafi, fifth.

The Conservative Party is currently polling 2.4 percent in Radio New Zealand's 'Poll of Polls', which puts it below the five percent required to get list candidates into Parliament without winning an electorate seat.