The ACT Party says youth and family court proceedings should be opened up to the public.

Party leader Jamie Whyte said secret courts are the stuff of communist dictatorships and there is nothing to prove that the system is operating properly. 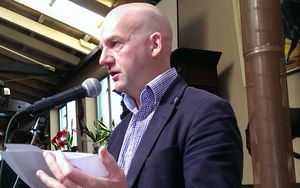 He said the media should be able to attend youth and family court proceedings, and all judgements should be published.

"We need not know the identities of the youths involved, but we must know what they are accused of, what evidence was brought before the court and what verdict and sentence were handed out.

"If we do not know such things, how can we know if the system is administering justice?"

Dr Whyte said access to family and youth court records should be subject to the same rules as district courts.

He said in Britain the secrecy of family court cases had led to a number of scandals and "terrible miscarriages of justice".