The release of emails and Facebook messages that formed the basis of book Dirty Politics were programmed several days in advance, according to a security expert specialising in the forensic investigation of IT systems.

Some of the material on which Wellington writer Nicky Hager based the book was released on Twitter yesterday afternoon by someone with the twitter handle of @Whaledump.

The 12 documents on Twitter are screen shots of emails between Whale Oil blogger Cameron Slater and others, including former Key staffer Jason Ede, the details of which are carried in the book.

Mr Hager had earlier said said although his source wouldn't allow him to release material, the source himself might. 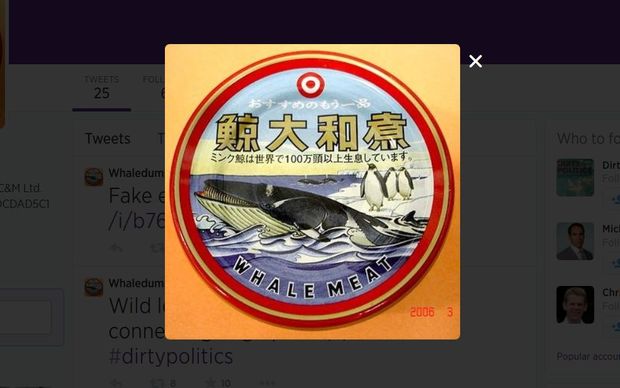 Security consultant Daniel Ayers said Whaledump was set more than a week before the 13 August launch of the book and the tweets written in advance and programmed to be released at a set time.

"The topic of Mr Hager's book was a closely guarded secret right up until its launch last week, so whoever knew to create a Twitter account called Whaledump on the 4th of August was obviously very close to the action," he said.

"And also the fact that the tweets are not being sent live suggests to me that somebody needs an alibi."

The chief executive of Computer Forensics Limited, Brian Eardley-Wilmot, warns the only way to tell whether the documents are real is to investigate the computer that captured the emails.

"Without access to the original email file you are not going to get anything that's provable at all. Anything that you guys out there are talking about may well be bogus."

A researcher at the University of Auckland, Peter Gutmann, said hacking a single person is difficult, but there's a criminal market with tools on sale to do this.

Mr Gutmann, computer hacking expert, said one way to target someone is to mock up an email just for them, and include a link they follow. That installs malicious software on their computer to capture passwords.