Senior Cabinet minister Judith Collins is under pressure from the Opposition after suggestions in the book Dirty Politics that she may have misused her ministerial power. 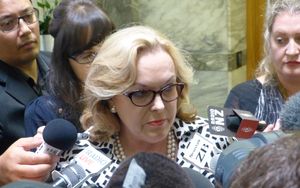 The book by Nicky Hager quotes several emails between right-wing blogger Cameron Slater and Ms Collins, and a whole chapter is dedicated to what are represented as frequent discussions between the two.

One exchange Mr Slater had with a friend suggests Cameron Slater asked Ms Collins to help get a prisoner moved.

Prime Minister John Key said he hadn't seen that information and would need to get some advice on that.

"Oh let's wait and see, he said. "I haven't read the book and I'd want to see the context of all of those things, and all I know is Nicky Hager's a left-wing conspiracy theorist who makes stuff up."

The book said that about a week before news broke that ACC claiminant Bronwyn Pullar had mistakenly received thousands of ACC files, Mr Slater was assuring a friend, who was worried the files might contain information on her, that he'd spoken to Ms Collins about it. 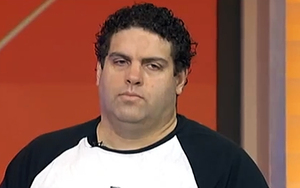 Judith Collins has denied she or her office leaked the email that prompted the story.

Mr Key said Ms Collins has given him her assurance that she didn't leak details. He said he doesn't feel the need to go back and check.

"Nicky Hager makes lots of assumptions which are conspiratorial and left-wing. You'd have to see everything that's done. That's one side, of one bit. Go and ask yourself the question - if the book was so sturdy and stacked up so well, would you release it at five oc'lock before the six o'clock news?".

Mr Key said Nicky Hager made an untimely release of the book just before the six o'clock news on Wednesday night because he didn't want to give people who were in the book the chance to critique it.

More than a day later the only critique Ms Collins has offered is that it's ironic that Mr Hager's book is based on stolen emails, what ifs and fanciful speculation.

She said New Zealanders are intelligent people and will see it for what it is.

Labour leader David Cunliffe said Judith Collins has been on her final warning from the Prime Minister for some time now.

" I would have thought that the evidence that is presented in that chapter of the book would more than constitute material that would take it past that stage. If a quarter of what's in that chapter is true, and I expect that it is, then I would think that any reasonable Prime Minister would certainly have to review and rescind the Minister's warrant. The behaviour is scurrolous".

"When you are in Government you have access to an enormous of privileged information and you have to treat that information as responsibly as possible. The allegations are that the abuse of that privilege was systemic in National, that it was a daily part of their business to be leaking extremely sensitive information," Metiria Turei said.

The Corrections Department was aware of the allegations around the movements of a prisoner in 2010 made in Dirty Politics. The department said anyone who had any concerns about an individual prisoner should raise it with them.