Kim Dotcom says his promised pre-election revelations are unequivocal and black and white, but he does not expect the Prime Minister to resign over them. 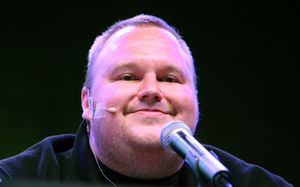 Around 300 people turned up to listen to Mr Dotcom and other speakers from the Internet-Mana Party including Annette Sykes, John Minto and Hone Harawira at their roadshow in Auckland on Sunday afternoon.

"I don't think he would resign, I think he is going to put a spin on it as he usually does and I have no expectation of him doing the honourable thing."

Mr Dotcom said Glenn Greenwald, a journalist behind the Edward Snowden leaks, would be the guest speaker at the announcement in two months time.