New documents reveal disgraced former minister Maurice Williamson had a pattern of contacting police about cases, including one instance in which he told the Police Commissioner what he thought officers should have done. 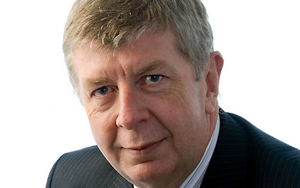 Mr Williamson stepped down as a government minister on 1 May this year after it came to light that he'd phoned police about their investigation into a National Party donor, Donghua Liu.

Documents released under the Official Information Act show police told Mr Williamson on 28 April this year they were going to release information about his call relating to Mr Liu.

Documents show the scandal prompted another officer to reveal that Mr Williamson had also called him about a separate case late in 2013.

The officer said Mr Williamson "merely wished to pass on" that a complainant in a fraud case had been in touch with him and was unhappy that police were unlikely to lay charges.

A memo said Mr Williamson stated at the start of the conversation that he was not seeking to interfere in any police investigation. The officer said he never heard from the MP again.

Another document from 2008 shows that Maurice Williamson wrote to Howard Broad, the Police Commissioner at the time, about a young constituent being given an infringement notice.

Mr Williamson said that seemed heavy-handed and thought that a simple warning would have sufficed.

A spokesperson for Mr Williamson on Friday afternoon refused a request for an interview, saying the MP has nothing further to add.

John Key has also declined to comment, either in his capacity as Prime Minister or as leader of the National Party. His office said Mr Williamson is no longer part of the Executive and, therefore, they have no further comment.

Police said in early May, they were satisfied that prosecution guidelines were adhered to in the investigation over Donghua Liu, who was facing domestic violence allegations.

E-mails between three senior police officers show Maurice Williamson made an initial call in January to Superintendent Tims over the case. Manukau district's crime prevention manager Gary Davey was tasked with following up the call. He requested a review of the file and later told Mr Williamson the prosecution against Mr Liu would go ahead.

Mr Williamson said he was simply enquiring as to the status of the matter when he contacted officers over Mr Liu's case and was not trying to influence the investigation. But he had resigned because a perception he was doing so had been created.

Mr Liu's citizenship was approved by Nathan Guy in 2010 when he was Internal Affairs Minister, after which the businessman donated $22,000 to National. Mr Williamson supported Mr Liu's application for citizenship.

Mr Williamson maintains that he was not trying to interfere in any way with Mr Liu's prosecution.