The Government's funding boost for specialist sexual violence services has been described as the bare minimum needed to keep the sector afloat. 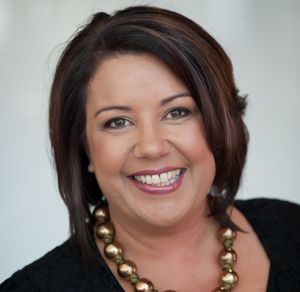 The Government announced on Wednesday a $10 million funding boost in next month's budget for sexual violence services to provide immediate relief to those which are struggling.

New Zealand First says the Government has known about the state of the sexual violence sector for years and the new funding is an election year bribe.

The Labour Party says the funding is the bare minimum needed to stop specialist services from having to close their doors.

But Social Development Minister Paula Bennett says officials identified that $10 million would be enough to sustain the sector for the next two years, however she acknowledged more money would be required long term.

She says the money will be used to support front-line crisis-response and community-based treatment services, as well as male victims and those accessing medical and forensic services.

A Parliamentary inquiry is currently looking into the funding of specialist sexual violence services.

Ms Bennett says she couldn't wait for the outcome of the inquiry.

"The need is so great now, to be honest I'd done a lot of work on my cabinet and to get them to this point, there was no way I was going to delay them for another six months."

"I knew I had a shot of getting a bit of money in this year's budget so I was going to grab it with everything I had."

The Parliamentary inquiry has been told the sector is severely under-resourced and has lost about $6 million a year since changes to ACC in 2011 when it cut funding for sex abuse counselling.

Specific details of exactly where the new money will go will be available in the next few weeks.

A rape prevention trust says the Government's funding boost will help stop the loss of trained staff from the sector.

Executive director of Rape Prevention Education, Kim McGregor says the sector has been underfunded for many decades.

She says there's been a high level of burnout and it's been difficult to hold on to specialist trained staff.

Ms McGregor says the extra funding will help stabilise the sector in the short-term.

Director of Auckland Help, Kathryn McPhillips, says the funding will help to sustain current counselling services, but she'd also like to see funding to expand the services available.

Abuse and Rape Crisis Support Manawatu director, Ann Kent, says she hopes that in two years there is a plan in place for ongoing support.

Head of Male Survivors of Sexual Abuse, Ken Clearwater, says it's a huge step forward and it's the first time male victims are being specifically funded for services.

He says the group has been floundering for 25 years, and with specific funding they can now can get a concrete base to move forward.

Mr Clearwater says he would love to be able to ensure there is support for male victims nationwide.