Leaked information suggests New Zealand spy agency the Government Communications Security Bureau has been instructed on how to discredit targets by putting up false information on the internet. 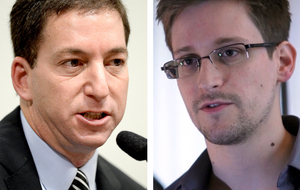 The journalist who broke the story of American intelligence leaker Edward Snowden has released documents on tactics given to the member countries of the Five Eyes intelligence network Australia, Britain, the US, Canada and New Zealand.

Through it, spy agencies can discredit targets by setting honey traps, writing fake blogs and contacting the target's colleagues, neighbours and friends.

They also give pointers on how to discredit companies by leaking information, posting negative information online and stopping or ruining business relationships.

Green Party co-leader Russel Norman says most New Zealanders would be appalled to think that the GCSB might be engaged in dirty tricks campaigns against activists online.

"It's extremely corrosive to an open society in an open internet if the state agencies are purposely confusing and deceiving people, if those people have political views that the Government of the day don't like."

The Labour Party reiterated its call for an independent review of the GCSB. Leader David Cunliffe said the revelations are another blow for the agency, as people are already losing confidence in it.

Prime Minister John Key says he doesn't yet know the details of leaked information on the GCSB but says it must act within the law. He won't comment on the specific allegations, but says spy agencies here need warrants to carry out surveillance of New Zealanders.

"So to do that you very clearly have to make sure that the Commissioner of Security warrants and myself signs off on it. They're strong and clear conditions under which that can happen, and in my view that will involve a very small group of New Zealanders from time to time."

The GCSB said on Wednesday it won't comment on operational matters.