Former ACT MP John Boscawen appears to be the front-runner for the party leadership after the one and only meeting featuring the leadership candidates. 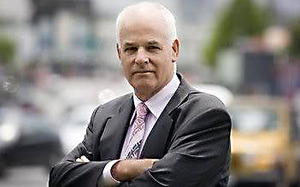 The party's sole MP, John Banks, is stepping down as leader and quitting Parliament at this year's general election as he defends court action over donations made to his 2010 Auckland mayoral campaign.

Mr Boscawen, former government minister and party president, is running for both leader and the candidacy for the Epsom seat held by Mr Banks.

Jamie Whyte, an academic and management consultant, is also contesting both positions but says he would prefer the leadership, while david Seymour is contesting only the Epsom candidacy.

All three addressed the meeting in the Auckland suburb of Remuera on Thursday night and pledged to lower taxes, raise the retirement age, reject a capital gains tax and repeal interest free-student loans.

Mr Boscawen based his appeal on his experience as an MP, while Mr Whyte, an academic and consultant, was cheered when he said ACT is a sinking ship and needs a revival.

Mr Seymour, a former adviser to John Banks, told the 100-strong crowd that history shows age is not an issue in politics.

After the meeting, most party members who attended told Radio New Zealand they would like Mr Boscawen to win.

The name of the successful candidate will be announced on Sunday.