The Prime Minister says the Government will rush legislation through Parliament to ensure a ministerial inquiry into Fonterra has the power to subpoena witnesses.

John Key said on Monday he hoped the ministerial report into the contamination scare would be completed by the end of this year. 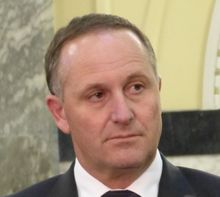 Fonterra revealed on 3 August that 38 tonnes of its whey protein used by other manufacturers, including infant formula, was contaminated with a bacteria that can cause botulism. The whey protein was tainted by a dirty pipe at the company's processing plant in Waikato in May 2012.

The company has announced two inquiries into the matter. As regulator, the Ministry for Primary Industries is also investigating.

Mr Key wants the ministerial inquiry into the contamination scare to start as soon as possible to allay consumer fears in China, saying it's clear the matter has harmed Fonterra and New Zealand's reputation in China.

Legislation toughening up powers of ministerial inquiries has already been considered by a select committee.

Mr Key said he would announce full details of the Fonterra inquiry on 19 August and then pass the Inquiries Bill into law within two weeks. He said this would ensure that the ministerial inquiry has the powers it needs to do its job properly.

He said a Commission of Inquiry would take at least a year to complete - and that is too long before the Government can go back into export markets to reassure consumers about the safety of New Zealand dairy products.

"We, on the face of it, are erring on the side of this government inquiry under the new legislation, because we think it gives us the same bite as would be available under a Commission of Inquiry, but with a faster timeline."

The Prime Minister is likely to go to China once the Government's inquiry has been completed to help reassure authorities and consumers.

Fonterra has announced that Sir Ralph Norris will chair a review into the circumstances of the contamination scare.

Chairman John Wilson said he has complete confidence that chief executive Theo Spierings has made the right decisions about the issue and that everything is being done to manage it.

However, Mr Wilson said there are serious lessons that need to be learnt. He said it is critical that farmers, governments, customers, consumers and unit holders can again have full confidence in Fonterra and its products.

Five other Fonterra directors or board members make up the panel.