A major bloc of African, Caribbean and Pacific countries has written to the United Nations High Commissioner for Human Rights about their concern over West Papua. 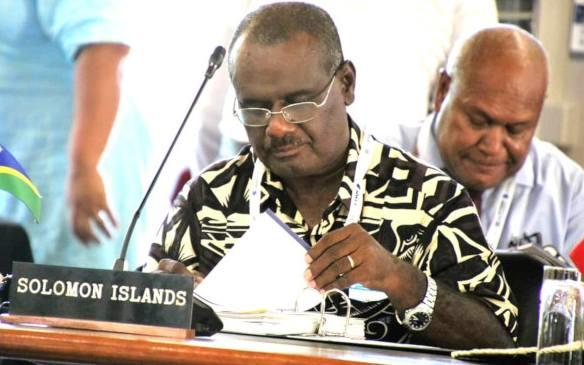 The letter from the Organisation of African, Caribbean and Pacific States requests "an urgent mission to West Papua to provide an evidence-based, informed report on the human rights situation" there.

The letter was sent by the President-in-Office of the OACPS Council of Ministers, Jeremiah Manele, the Solomon Islands Foreign Affairs Minister.

However its Secretary-General Georges Rebelo Pinto Chikoti, reiterated "the unwavering commitment of the OACPS to human rights, the rule of law and democratic principles".

Chikoti acknowledged the work of the leaders of the Pacific Island Forum on the situation in West Papua, saying that in keeping with the principles of subsidiarity and complementarity, the African, Caribbean and Pacific group would continue to receive updates and guidance from the Forum

Two years ago, Pacific Forum leaders agreed to press Indonesia to allow the Office of the UN High Commissioner for Human Rights (ONHCR) into Papua region.

In the past few years, the ONHCR repeatedly requested access, and Jakarta has reportedly broadly agreed, however a visit is yet to materialise.