The convoy was turned around at the border of Salelologa and Salelavalu by leader Tuilaepa Sailele Malielegaoi after gunfire was heard from surrounding bushland.

The Samoa Observer reports the plan was to travel through the southern coastal area of the island through Palauli and on to Vaisala village where it was planned to lay a wreath to honour the first HRPP Prime Minister Vaai Kolone.

The party did manage to lay a wreath at the tomb of former Prime Minister Tofilau Eti Alesana.

"For the sake of keeping the peace I ordered the rally to turn around before Sasina," Tuilaepa said.

He said he was disappointed that the former Head of State Tuiatua Tupua Tamasese Efi was seen at Salelologa.

"Its obvious he was helping incite these people to do these unlawful acts," said Tuilaepa.

Chairman of FAST, Laauli Leuatea Schmidt said in a social media stream last evening that the FAST members on Savai'i should move to stop the rally.

Tuilaepa said the police should look at charging the instigators of these unlawful acts.

"We did not do anything like this when they were going around the country with their roadshow giving money to voters under the guise of culture and tradition," he said. 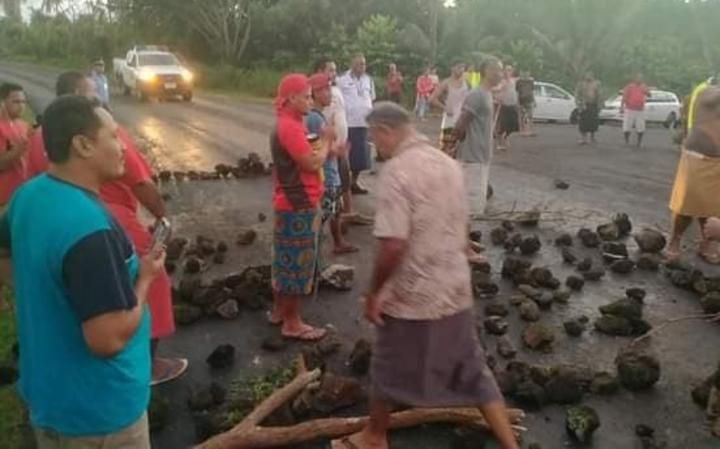