Covid-19: Pacific athletes on why they chose to get vaccinated

Kasete Naufahu Skeen was confined to his bed for a month after contracting Covid-19.

The Tongan skier, who is attempting to qualify for the 2022 Winter Olympics in Beijing, contracted the virus in December,  which forced the giant slalom rider to miss the first half of his competitive season.

"I didn't get it severely but it still was not good," he said from his home in Gothenburg, in southwestern Sweden.

"I was in bed for about a month and it took me about a month to recover physically and then obviously in that time I lost a lot of my pre-season conditioning, so I was always playing catch up after that." 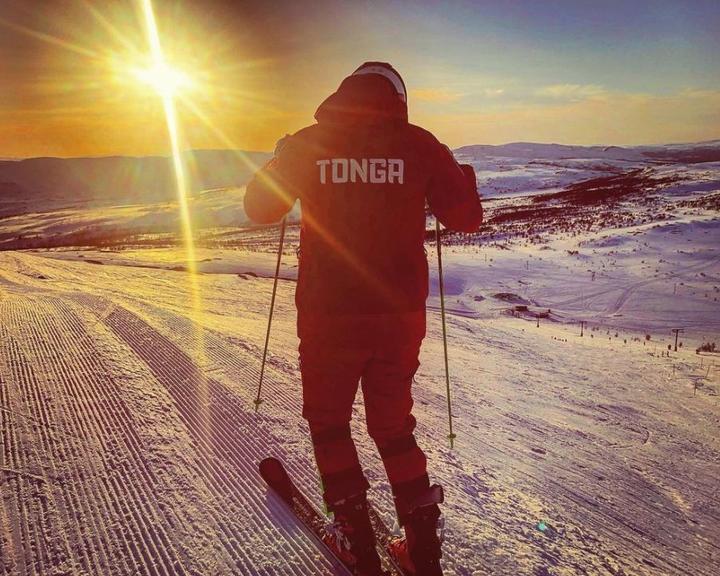 Skeen was born and raised in London but his father's family are from Vava'u and Tongatapu. He now lives near a ski resort in Sweden's second largest city, but does not agree with the country's more relaxed approach to Covid-19.

"I think the policy here has been very much to allow the spread of the infection at a kind of optimal pace, he said.

"That's meant that it's been really unavoidable for a lot of people to become infected, sadly, and that's meant the levels of long Covid and lasting sickness have been very high in Sweden."

Skeen was effectively living in a private lockdown with his partner, who was pregnant for the first half of 2020, but still managed to get infected. 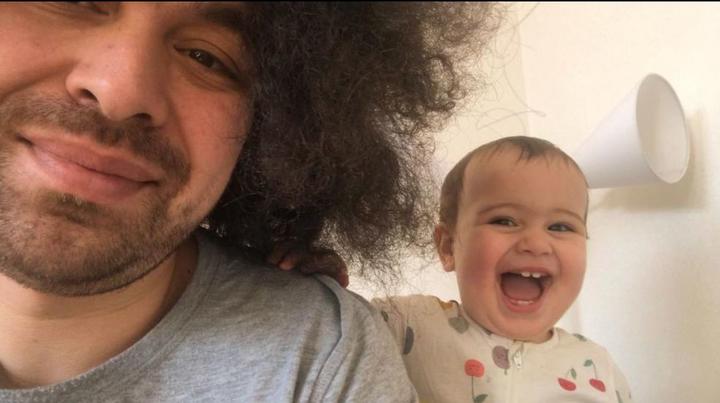 "We know there was one person we saw indoors in that week and we know that we got it off that person - and it was only for a very short time," he recalled.

"It's very difficult when you've spent a year more or less being as careful as you possibly can avoiding the virus and then 15 minutes and all that hard work is kind of gone."

The 38 year old received the Covid-19 vaccine while visiting his parents in the UK and said the decision was a no-brainer.

"The UK has had a lot of vaccines so we were able to get vaccinated over there at the first opportunity," he said. 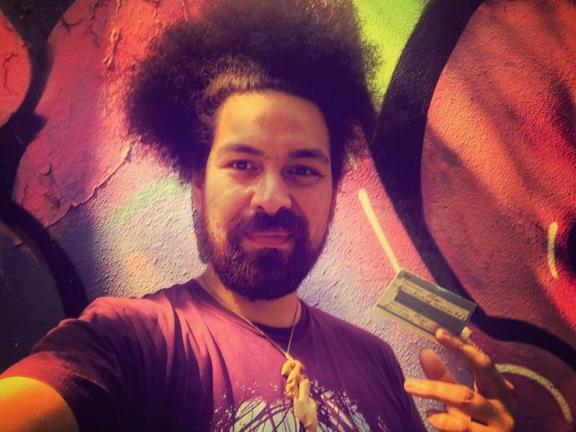 "I think we were very conscious of the fact that going to see my parents and friends, staying with my mother for example who is over 70 now, that we didn't want to put them at any greater risk than we possibly could."

The couple's first child, a daughter, was born last May and is happy and healthy.  Skeen said parenthood has only firmed his view that vaccinating against Covid-19 was the right move.

"It felt hypocritical that I would vaccinate my child against the various things that we vaccinate them against against - like hepatitis, polio and stuff like that - and for me to not get a vaccine for something as serious as Covid."

Papua New Guinea football international Alwin Komolong is also about to become a father for the first time, with his son due in September.

The Lae City defender received his second dose of the AstraZeneca vaccine last month but said the overall situation in the country was very lax, with around 80,000 people having received had at least one dose of vaccine from a total population of almost nine million.

"It's a lot to do with the fact that it hasn't really hit us here and that's also got to do with a lot of things like the lack of testing and basically just going undetected," he said. 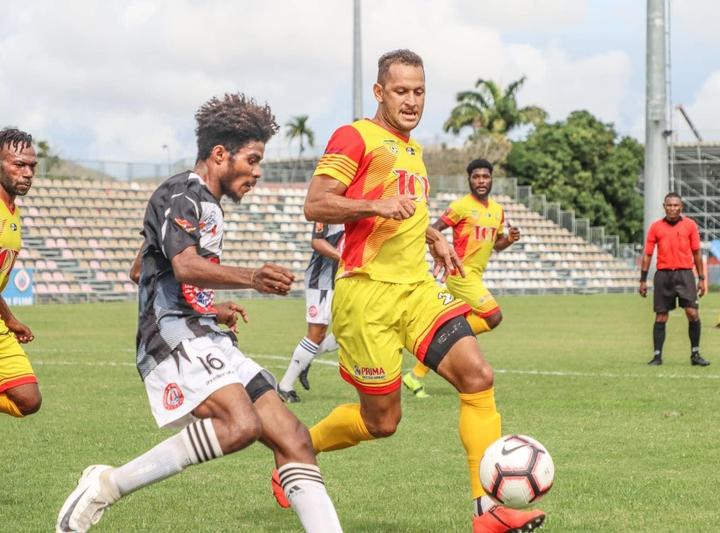 But Komolong said the real figure is probably a lot higher.

"We've probably had way more cases than have actually been confirmed," he suggested.

"That information has led people to believe that it's not really that big of a problem here and that has led to a big hesitancy, and not to mention the social media space where there's tons of misinformation going around."

While the former Stuttgarter Kickers defender has not contracted Covid-19 himself he knows a number of people who have.

"I know people also overseas who have had it and that's a big reason as well I decided to get vaccinated, because I've also heard first-hand from them how bad they had it.

"I even know a doctor who is a mate of mine, because he's been overworked so much and because he's exposed to it he actually caught it twice." 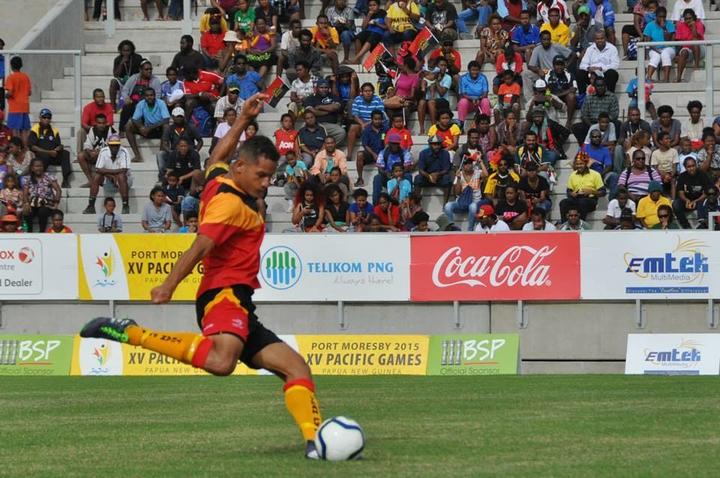 The 26 year old has experienced stints playing football in New Zealand, the United States and Germany, and is keen to return to Europe when the border situation allows.

An opportunity to play in Malta came up recently and when his dad suggested he join him in getting vaccinated, Komolong agreed.

"Not only that, just thinking about the parents and older people as well, just to safeguard them, so those are the two big reasons that I initially got vaccinated for and I try to explain that as best as I can to as many people when I meet to explain why I got vaccinated."

He said there had been a lot of hesitancy and talk of conspiracy theories among their other teammates but the tide is turning. 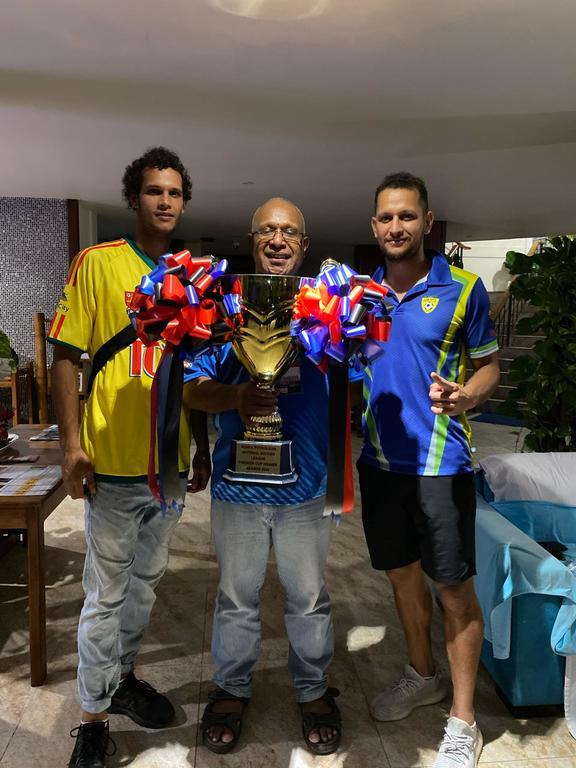 Alwin Komolong (R) with his brother Felix and their dad holding the NSL Cup. Photo: Supplied

"We've had two or three different information sessions and they're still quite hesitant," he said.

"After I got it I actually had a few of our guys come up to me and say 'I want to get it as well' and I just explained my reasoning and it was enough for them to seriously consider getting vaccinated."

Komolong said if people were still on the fence about Covid-19 vaccinations they should speak to a health professional.

"Trust your health authorities. No one is forcing it upon you but do your due diligence and trust the trusted resources that are available," he said.

"I think there's enough information going around that's from health authorities that is valid and I think we can all come together and try to get back to normal.

"I think the faster that we do that the faster our lives can return back to normal and we can get fans back into the stadiums here as well."

Kasete Naufahu Skeen is on track to begin the new ski season in November but said a number of competitions in Europe have been cancelled or affected by Covid outbreaks.

He urged everyone to get vaccinated to protect family, friends and loved ones of all ages.

"I would encourage everyone to get the vaccine and anyone who has any questions I would say they should speak to their local doctors and health professionals for advice."