Senator David Panuelo has been elected President of the Federated States of Micronesia (FSM) and sworn into office. 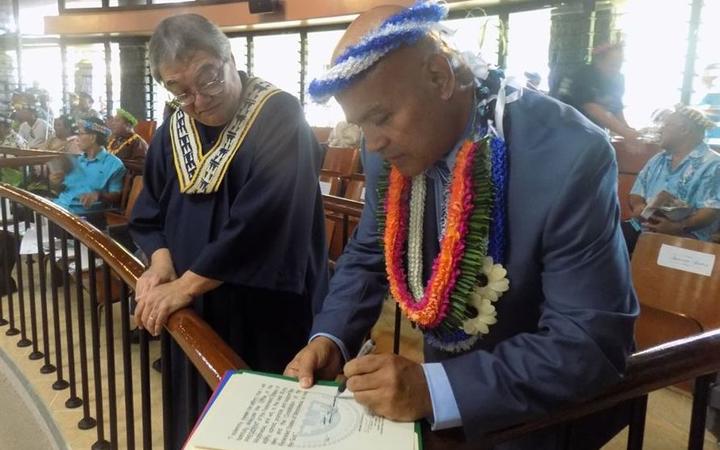 His victory made him one of four At-Large seat holders, each representing FSM States, who were the candidates for the presidency in a vote by congress.

Kosrae's Yosiwo George, house speaker Wesley Simina from Chuuk and the former president Joseph Urusemal from Yap were the other candidates.

On 11 May, the FSM congress elected Mr Panuelo president and Mr George vice-president.

The At-Large seats for Pohnpei and Kosrae are now vacant. Special elections to fill these seats will soon be called soon.

Following his election on Saturday, President Panuelo was quickly down to business, meeting members of congress to discuss a bill to allow the petroleum company Vital to expand to renewable energy.

Correction: This article has been amended after it previously stated that George Prior was elected vice-president.