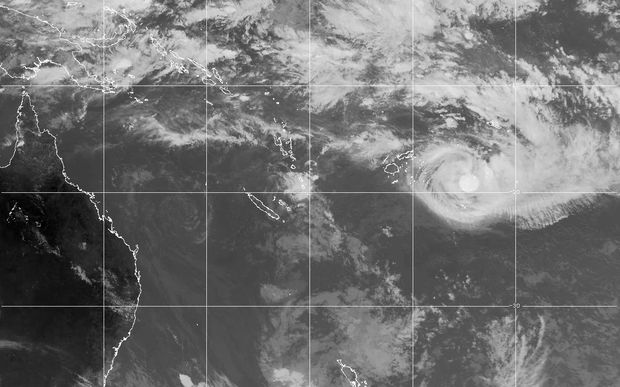 The director of Tonga's emergency management office says authorities are keeping a close eye as Cyclone Winston moves close to the northern Vava'u group and nearby Niue.

The category two cyclone has already caused some minor damage and flooding of low-lying areas in Tongatapu and Ha'apai.

A staff member at the National Emergency Management Office says a team will conduct a survey of the islands this morning to determine if any further damage was caused overnight.

It's understood power has been lost for most of the islands, although the main hospital remained operational by generator. The office had not had any reports of injuries or casualties as a result of the cyclone overnight.

The National Emergency Management Office, Leveni 'Aho, said the cyclone was moving towards the warmer waters in Vava'u, in the country's north, and there were fears that would cause it to intensify over the next day or so.

He said the cyclone would pass closer to Vava'u than anywhere else, and there were fears the damage there may be more severe.

He said people in Vava'u should secure their houses and be prepared for Winston's arrival.

To the east, Niue issued its first tropical cyclone alert on Wednesday morning, cyclone Winston was located about 360 kilometres west-northwest of Niue.

It is expected to bring damaging gale force winds to the country over the next 24 to 36 hours.

Forecasters are warning of gale force winds of up to 100 kilometres per hour, flooding, and damaging sea swells.

The cyclone was expected to continue to move towards Niue with the same intensity, before sharply turnign back west towards Fiji some time on Wednesday or Thursday. 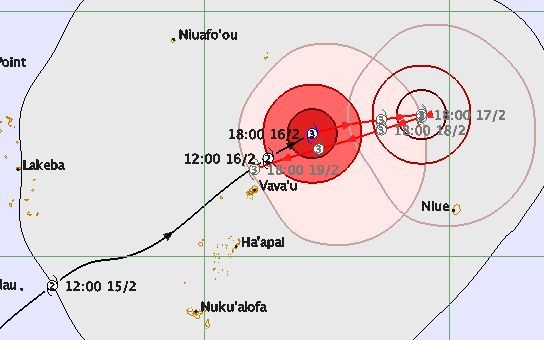 The system passed through on Monday night, close to the island of Ono-i-Lau, as a category two with winds as high as 150 kilometres an hour and torrential rain.

The director, Akapusi Tuifagalele, said the cyclone damaged some houses and caused some flooding, but damage wasn't too severe.

But he said crops that were wiped out by cyclone Ula little more than a month ago have been damaged again.

Emosi Yabaki, the manager of a school in Doi Village on Ono-i-Lau, said he expected food shortages in the cyclone's wake.

He said cyclone Ula, which struck the island from the northeast, damaged most of the food gardens on one side while Winston, which came from the southwest, destroyed gardens on the other.

"Ula did some damage, about 50 percent that is, and Ula came in a differrent direction the wind.

Mr Yabaki said they were hoping government would provide food and relief supplies in the coming weeks.

He said people continue to take shelter on the island as wind gust being felt from the departing system were still quite strong.

"Observations are coming in and we have had some phone calls from the islands in the south that trees were uprooted and damages to plantations and even a few houses went down. This was mainly from Ono-i-lau the island which was closest to the centre of tropical cyclone Winston."

Gale warnings for Fiji were cancelled on Tuesday afternoon as the system moved towards Tonga.