Opinion - They know it's only rock and roll, but these days they're also keenly aware there are some who don't like it. 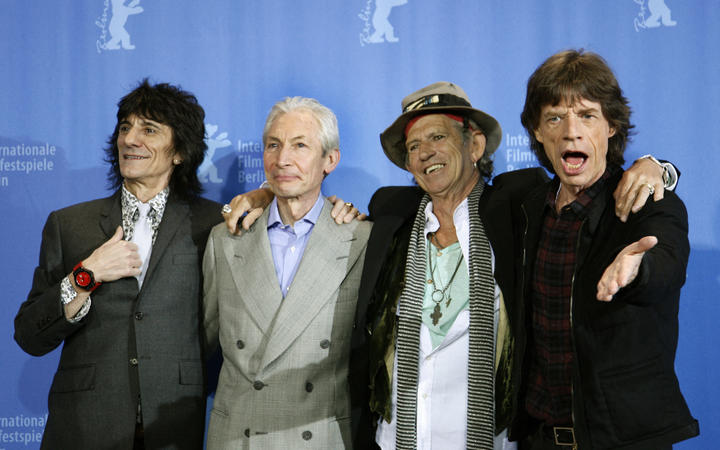 The Rolling Stones have filtered their No Filter tour of the US, with the removal of the song Brown Sugar. Photo: AFP / DPA

The world's most commercially successful band, the Rolling Stones, have yanked their classic Brown Sugar from the live set of the band's current No Filter tour of the United States.

The Stones say they no longer intend performing the 1971 hit, which has been a mainstay of their live repertoire ever since fans first unzipped it on the group's best and easiest album, Sticky Fingers.

The song itself requires little introduction, which is part of the point, one supposes.

A half century since it first popped up the band's ninth studio outing, it's still an undeniably catchy affair - a blues-sliced work that routinely shows up on classic rock "best of" listings and has long been the track of choice to put on round about midnight at a certain sort of rowdy New Zealand party.

Still, you have to wonder why it took until now for people to read the lyric sheet. Didn't anyone think there might have ever been a potential issue with a composition that, however one unriddles the words, plays hard and fast on sex and race?

Don't expect its two composers to enlighten you. Keith Richards told the LA Times he is confused by people who wanted to "bury" a track that he insists only ever had to do with "the horrors of slavery" rather than, as is often supposed, a hormonally charged rave-up about the mother of Mick Jagger's first child.

For his part, Mick Jagger himself has indicated he can't get no satisfaction any longer after having belted the song out on stage "every night since 1970".

Tellingly, perhaps, nobody is talking about removing the tune from online music libraries, still less donating future or past royalties to the NAACP, so perhaps the gesture only goes so far.

As entertainment announcements go, this latest recalls a New Zealand-bound Rod Stewart - he was due to play here but the pandemic arrived first - announcing he would no longer be performing louche evergreens such as Hot Legs, Tonight's the Night and Do Ya Think I'm Sexy? Songs which he says no longer reflect the courting style. Did they ever?

No surprises there. In an era in which there's a heightened inclination to take offence at many things, the wonder isn't that some old rockers are having second thoughts about their setlists, but that it has taken until now for their worry to kick in. If novelists, artists and even journalists tiptoe more carefully around subjects than they once did, why shouldn't the music crowd follow suit?

The problem is, of course, that the best contemporary music is about nothing if it's not about treading on society's corns, and flamboyantly - sometimes brilliantly, sometimes not so - making mistakes as one goes.

To some extent, it's also about being outrageous, as well, but in an era where responding with outrage is also the name of the game, there's the makings of an irresistible-force-meets-immovable-object problem.

Subtract potential offence and actual outrage from the mix and there would be no Rolling Stones, naturally, but also no heavy metal or hip-hop, no Doors, no Nirvana, no Frank Zappa, and most certainly no Nick Cave. And as an acclaimed new documentary makes clear the Velvet Underground might have forever remained no more than a twinkle in Andy Warhol's eye.

Maybe not even much in the way of Kiwi classics, either.

After all, if one wanted to get super-sensitive about it, a case could be made for dropping Split Enz's I See Red for making light of mental health issues. The late Marc Hunter, he who flew to Havana in the early spring to take in the charms of Cuba, might also get the chop for selfishly ignoring the environmental impact of his non-essential air miles, and even dear old Shona Laing could be shamed for having promoted "smoking behaviour" in the opening lines of her still-marvellous 1905.

That's the thing about taking offence. It can be found almost anywhere. And it never ends. Like the Rolling Stones.

* David Cohen is a Wellington-based journalist and author.