Analysis - The heat goes on the unvaccinated as the government sets out its plan to end lockdowns while National releases a bold alternative with a 1 December deadline. Labour and National surprise everyone by announcing a joint housing initiative, and a "huge deal" free trade agreement with Britain is expected to come into force next year. 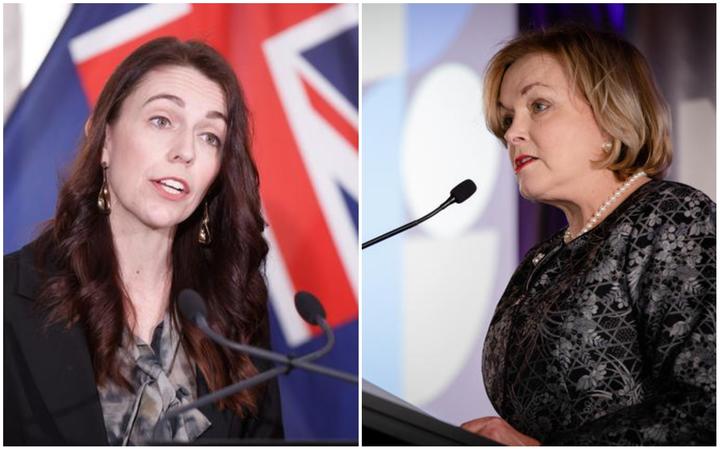 The government and National this week set out plans for ending lockdowns and living with Covid-19.

The government's plan: A target of 90 percent full vaccination for every DHB. When that's achieved, a new "traffic light" system comes in with red, orange and green settings replacing alert levels.

Businesses would be able to operate with vaccination certificates used to control access. Public health measures would be in place, varying according to settings.

An enhanced support plan for Auckland businesses was announced at the same time as the new framework.

The government's plan had just been announced at the time of writing, and reaction hadn't emerged.

National's plan was announced on Wednesday, and it was bold and controversial.

"National would set a six-week deadline for ending lockdowns, with leader Judith Collins saying a target of 85 percent to 90 percent vaccinated is 'do-able' within that time," RNZ reported.

Lockdowns would end when the target was reached, or on 1 December even if it wasn't, she said

He said the plan was in part an appeal to the vaccinated who were fed up waiting for the unvaccinated.

Even if the preferred scenario of 85 percent to 90 percent coverage of the eligible population by 1 December was reached, that would see between 1.3 million and 1.5 million unvaccinated, he said.

National did not have a target for Māori, who made up most of the current active cases and who would be over-represented in deaths and hospitalisations if Auckland was reopened.

Linked to National's exit plan for lockdowns was a raft of measures to help businesses and get the country going. Any region with a 70 percent full vaccination rate would move to level 1 immediately.

Businesses would be allowed to operate normally if all their staff were fully vaccinated, there would be temporary tax cuts and fully vaccinated adults would each receive a $100 voucher to spend on hospitality, accommodation and tourism.

It was the proposal to end lockdowns on 1 December regardless of the vaccination rate that raised the most controversy.

"We need to be guided by the number of people we've got vaccinated, and the epidemiology of the outbreak and the number of cases, the load on the healthcare system," he said.

The big difference is that Prime Minister Jacinda Ardern has to make the calls and bear the responsibility.

For National, it would be a huge call to end lockdowns on 1 December regardless of the vaccination rate, but Collins isn't going to have to make it.

The government and National surprised everyone on Tuesday when they called a joint press conference to announce the most significant housing supply initiative in years.

Before Parliament goes into recess on 16 December legislation will almost certainly have been passed allowing three homes three storeys tall to be built on a single site, without the consents that currently bedevil high density housing development.

Modelling carried out by PwC suggested up to 105,000 new homes could be built in the next five to eight years.

Herald political editor Claire Trevett said the joint press conference "may well have been a turning point in a prolonged civil war over a contentious policy area".

She noted the last one was in 2007, when the then prime minister Helen Clark fronted with National leader John Key to announce agreement on changes to anti-smacking legislation which meant National could support it.

The fact that the two main parties managed to keep the housing initiative quiet while working on the legislation for a year was astonishing.

They clearly wanted to present a fait accompli without going through consultations with local government which could have sunk the plan or at least delayed it, and avoid the almost certain outcry from NIMBY (not in my backyard) property owners who don't want apartment buildings next door.

It didn't go down well with councils, and Wellington's regional mayors said they had been caught on the hop. "The government keeps saying they want to work with local government, but this has turned everything on its head," said Upper Hutt Mayor Wayne Guppy.

Wellington Mayor Andy Foster said it was "really frustrating" because his council had been working on urban development for four years.

There were sceptics who questioned the ability to build that many homes given the shortage of construction workers and ACT leader David Seymour - who was left out of the deal - described the plan as "theoretical".

That was as far as the togetherness went. Collins continued to lash the government over its slow vaccine rollout and the lack of information about plans to end Auckland's lockdown.

After Prime Minister Jacinda Ardern said on Monday that details of a new system for restrictions would be announced on Friday, Collins accused her of treating New Zealanders like children.

"Rarely in my time in politics have I witnessed a more shambolic, pointless and insulting press conference from a prime minister," she said.

It wasn't all Covid-19 and housing this week - Ardern had some good news to announce on Thursday.

New Zealand hadagreed in principle to a free trade agreement with the United Kingdom that would eventually eliminate all tariffs on New Zealand exports to that country, she said.

Tariffs on more than 97 percent of products, or 67 percent of volume, would be removed as soon as it takes effect.

However, it would take up to five years for dairy and 15 for sheepmeat and beef tariffs to be completely removed.

In return, New Zealand would remove tariffs on all UK-originating goods from day one.

The agreement has been estimated to be worth $1 billion to New Zealand's economy over 15 years.