Analysis - A number of dreadful discoveries recently unearthed a world away from New Zealand lead circuitously back to a dark chapter in this country's residential care history set to be publicly scrutinised over the coming fortnight. 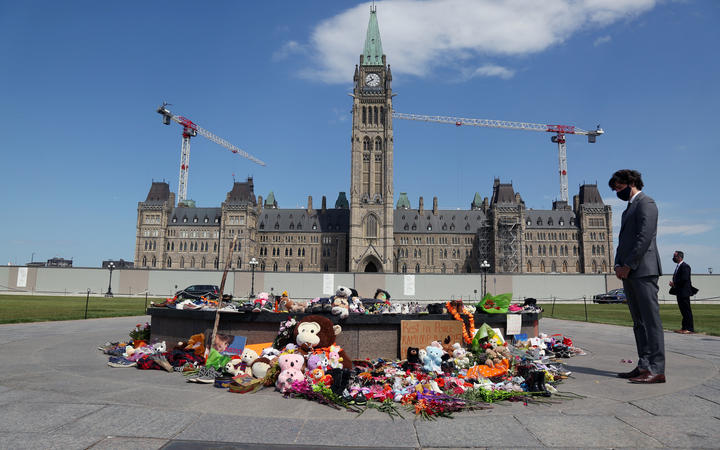 In Auckland, former wards who spent time at the Lake Alice Child and Adolescent Unit will give evidence from today before the Abuse in Care Royal Commission of Inquiry.

The inquiry will look at what happened to children and young people inside the Dickensian unit - there were about 300 - and why so much of it was ever allowed to occur.

It will examine what the government agencies and professional bodies did or didn't do to prevent and respond to the medical torture of children and adolescents who were housed at the rural psychiatric facility in the Manawatū during the 1970s.

It will, hopefully, look at the chain of command that sometimes allowed lightly credentialled employees at the old Department of Social Welfare to decide which youngsters went to the asylum.

Today, for example, the commissioners will hear from a witness of Niuean descent who came to New Zealand with his parents when he was six years old. After his father died, he got into trouble at school and was sent to Owairaka Boys' Home and then on to Lake Alice for nine months.

The evidence states that while at Lake Alice he initially received ECT as a treatment and then as a punishment when he remained conscious as electric current was delivered to his temples. A year after leaving, he was sent to Carrington Hospital.

As damning as such an account is for the state's treatment of Pasifika, an even stickier revelation certain to feature in the discussion will be the high number of young Māori wards who endured the unit's "controversial" style of therapeutic interventions given on the then-youthful watch of Dr Selwyn Leeks.

Such will be the focus tomorrow when an unidentified former Māori inmate will talk about his experience enduring modified and unmodified electroconvulsive therapy, paraldehyde injections, solitary confinement, and sexual abuse from fellow patients.

Although gaps and inconsistencies in residential reports don't allow for putting a precise number on young Māori who passed through institutions such as Lake Alice, anecdotal recollections and testimony, and even a rough reading of the names on admission lists, suggest the muster was somewhere on a par with the kind of indigenous figures we see today within the jails.

Coincidentally, perhaps even fittingly, the current phase of the inquiry is shadowed by reports of the gruesome discovery in Canada of the remains of 215 indigenous children, some as young as three, on the grounds of the Kamloops Indian Residential School in British Columbia.

The Canadian situation brought back memories of a similar nightmare in Ireland, where a mass grave containing the remains of babies and children was discovered at a former Catholic care home.

Excavations at the site of the former Bon Secours Mother and Baby Home in Tuam, County Galway, uncovered an underground structure divided into 20 chambers containing "significant quantities of human remains", possibly those of up to 800 children.

In the island-state of Jersey, charred remains from at least five children were also discovered in the cellars of Haut de la Garenne, the former children's home that has since been at the centre of a wide-ranging abuse probe on the island state in the English Channel.

Onlookers ask how could it happen

All of these macabre cases have left their respective nations reeling. Elsewhere, onlookers shook their heads. How could advanced nations ever allow so many youngsters to simply disappear? Was nobody remotely aware of what went on at these institutions?

Alas, the answers in all of these cases - and in the New Zealand context, too - would appear to be, pretty easily, and no, because most people only ever know precisely what these institutions allow them to know.

Even in 2021, with the current royal commission in full swing, reporters (including this writer) looking to visit the state-run residences for young people currently in operation are booked for disappointment.

Trust us, the official reasoning more or less runs. We know what we're doing. It's far too complex for mere reporters to understand. And besides, how could anyone doubt our institutional probity if all the macrons on the Māori words in our corporate documents are used correctly?

In the case of the rural Lake Alice, so little was ever publicly known that the current hearings will be the second attempt to finally get everything out into the open.

The earlier inquiry, in 2001, saw millions of dollars in damages being paid out in damages. Even so, the answers to the most basic questions about how many young people went through the residence were later found to be so haphazard that even the United Nations said a new investigation was in order.

Rumours have long swirled around the possibility of charges being laid against this or that person who ran the unit, but to date this eventuality has proved to be more anticipated than actual.

Worst of all, and not unlike these other terrible situations abroad, so many of the real-life stories having to do with the place never saw the light of the investigative day in the first place, either.

"I still hate touching battery terminals," Tyrone Marks, a former Lake Alice ward who has been involved in both inquiries, once told me, using an epithet.

"Even light switches are the same. So yes, [Lake Alice] did have an impact on me - it's really quite scary.

"But what I feel the most sorry for, and I have a lot of empathy for, is a lot of kids who were only kids with me who never made it. And that's a lot of people we're talking about, too."

*David Cohen is a Wellington journalist and the author of Little Criminals: The Story of a New Zealand Boys' Home. He supplies regular analyses for RNZ of the Abuse in Care Royal Commission of Inquiry.