Opinion - Like Pavlov's dog, first home buyers are conditioned to respond to any commentary on their current plight and possible future. 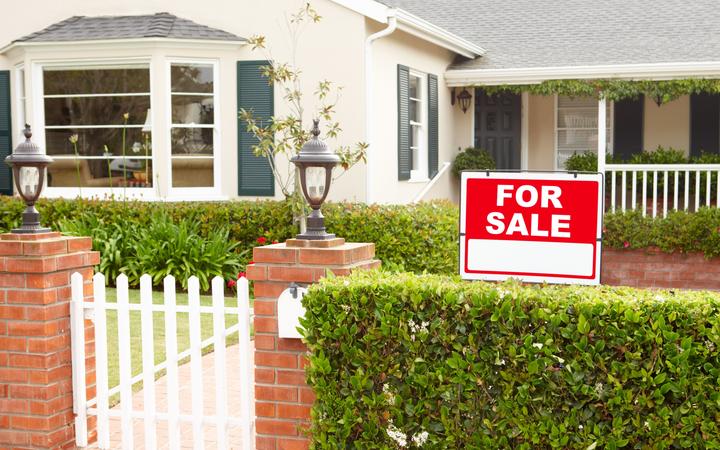 Hoovering up property-related commentary and news has become like a part-time job for those trying to buy their first house. Photo: 123RF

Since Tuesday's housing announcement by the government, I've been overstimulated to the point of possible adrenal failure, clicking here, there and everywhere to try and ascertain if it will make any difference to my specific situation.

I imagine it's the same if you're a landlord, property investor, owner-occupier, renter or any other classification of person who has become a character in the long running, New Zealand-made saga, 'The Housing Crisis'. The saga defies all genre norms - somehow managing to be a farce, a tragedy and a drama about real people's lives all at the same time. The fodder hasn't been so rich. You think the Trump bump was good, try the realty rocket.

Hoovering up property-related commentary and news has become a part-time job for people who are desperately trying to interpret macro movements and determine when, or if, that will trickle down to their micro lives. This is on top of the part-time job that comes with trying to find a house to live in. It is not healthy to have a favourite senior economist but I read what they say each day, as if divining patterns from tea leaves, trying to find some optimism.

That I and a particular class of first home buyers have probably found some, warranted or not, is indicative of exactly where I think the government was hoping to land with their extension of the bright-line test and interest deductibility change.

The government has been very deliberate in its use of the term 'property speculators'. All wars need an enemy and speculators, broadly cast as the villain in this saga, are very specifically perceived as the enemy for those who've had home ownership kicked out of reach.

'First-home buyer' is used as a catch-all for a very broad spectrum of people and when we talk about the recent announcements we need to acknowledge that. We might all be dreaming of the same thing but some of us had a slightly clearer view of the stars from our gutter until mid to late last year. For many, the stars have looked incredibly far off for a long time.

Houses that were sitting around the "affordable" mark for first-home buyers who would be classified as high income earners started selling for hundreds of thousands of dollars more than anticipated. Twenty percent deposits started looking more like 15 percent.

Whether or not data supports this, there was certainly a perception that those walking into an auction or open home for a free-standing house with a little bit of land in an average Auckland suburb, thinking they were looking at something that might be worth $900,000, were in direct competition with speculators, investors and developers who had more access to cheap money than they did.

They were also getting told to look further and further afield and that a one-bedroom unit with a converted garage/rumpus room might be a more likely buy. A new breed of political pest was born. This pest often had parents who were starting to get concerned about what was going on. Parents who own homes and mightn't otherwise be concerned about rising property prices.

That's when house price growth started becoming politically unpalatable for the middle classes, the 'left of/right of' centre voters, and politically risky for the government. Not when social housing wait lists kept growing and growing. Not when people couldn't find a rental that wouldn't result in their kids having rheumatic fever, and not when house prices were reported as being severely unaffordable (at nine times the median income in January 2019).

Only time will tell whether the optimism of a specific class of first-home buyers is warranted; the efficacy of the bright-line extension and interest deductibility change in bringing house prices down is still very much up for debate.

That they are being introduced from Saturday conveys a suitable sense of urgency that might just appease the pests and their parents. They are very specifically designed to address the rise in house prices in the last year.

This doesn't mean they won't be effective in bringing change to the market. This appeasement isn't wholly politically cynical.

Removing some of the apparatus that created a perception of unfair competition may quell FOMO (fear of missing out) and create a bit more buyer confidence. It may slow the ridiculous pace of the market which sees houses going to market and selling in a week or two. This gives people a bit more time to do due diligence and be in a slightly better position to negotiate.

What these measures don't do is provide for first-home buyers whose dreams of owning have been slipping further and further out of reach for many years. They don't provide for renters.

They are being asked to hold out hope for quite some time yet. Decades, even, as they wait for the yield of supply-side measures like government investment in infrastructure and new builds.

Wages need to grow to get us anywhere near having just an 'unaffordable market'. Pigs may need to fly. For now though, the new political pest might be kept happy enough watching the wings of their enemy get clipped, retreating into the woods to concentrate on their specific situation, their buzz returning to a low hum.