Analysis - If you haven't heard, the Green Party supports a Wealth Tax. Yeah, I thought you might have heard of it. Everyone's been talking about it on the campaign trail these past few days. It would force the wealthiest 6 percent of New Zealanders to pay a 1 percent tax each year on freehold assets of over a million dollars. But what people aren't talking about is everything else on the Greens' negotiating list. What I like to call its TOP negotiating strategy. 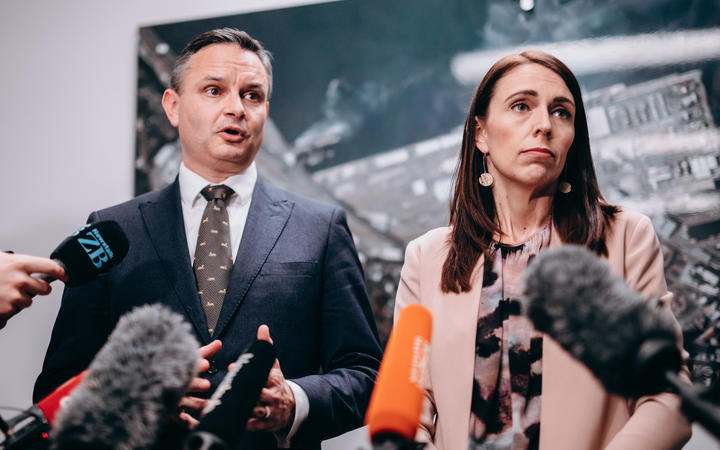 The Greens might have done well to think a little harder about what they were going to call this new tax idea they came up with and chosen something a little less… aspirational. See, most voters want to be wealthy. So why promise to tax something most people want? That is, 'wealth'. They may not get their heads around what is a relatively complex policy with a few exemptions and buts, but they will certainly hear about a plan to tax wealth and think, 'one day if my boat comes in that could be me, I don't want my hard-earned dosh taken away'.

No, it's not terribly logical. But why poke the bear and drag yourself into explaining why it's not as bad as it looks? Why not make it look not so bad in the first place? Why not call it the 'top six tax' or the 'cream tax', for example? And now that it's being discussed, why not keep using the line 'this is how we get the richest 6 percent of New Zealanders to help us end poverty'?

Still, this post isn't going to be about the Wealth Tax. If you want to get your head around it more, read this. It's about potential coalition negotiations between Labour and the Greens, which could begin next week, if the vote this weekend goes according to the latest polls. Pundit's Poll of Polls puts Labour on 47.9 percent and the Greens on 6.4 percent.

Labour has repeatedly ruled out the Greens' Wealth Tax. Jacinda Ardern said today that she must have ruled it out 50 times. But for all the questions about it, we don't seem to have got the answer to the key follow-up question. That is: 'Given the Greens' have insisted they will bring it to the negotiating table, are you willing to drop them as a coalition partner rather than accept it'?

It's easy for Ardern - and Grant Robertson - to rule it out. But if Labour don't have 50 percent, then the simple truth is that they will need to give up something significant to get the votes they need for a majority in Parliament. If the Greens say 'Wealth Tax or we'll go to the cross-benches' or 'Wealth Tax or no government', who blinks first?

In other words, how strong is Labour's no? Is it 'no, we'd rather not' or 'no, this would be a deal-breaker'?

Voters have the right to know the answer in more detail.

But if we assume that Labour and the Greens do want to form a government and it's the Greens who are willing to blink first on tax, the next vital question is what they will demand in return for blinking. If they're going to give up their key policy to help fix structural poverty in New Zealand, and face accusations of negotiating away something the party lists as a "priority", what will James Shaw and Marama Davidson seek instead?

The other key plank of its Poverty Action Plan is a Guaranteed Minimum Income of $325 a week for all people out of work and students, "no matter what". The problem is it's funded by the Wealth Tax. So you can't really have the former without the latter.

Helpfully for us voters, that narrows down the Greens' negotiating priorities a little. Which, having worked my way through the Greens' policies, is how I come up with the unoriginal and pilfered name for what I imagine will be the Greens' key negotiating planks. TOP. Its TOP negotiating strategy: Transport… Oceans… Poverty. (I'd note I don't think the deputy PM job will be high on their list; Labour's talent shortage means the Greens are likely to get offered a handful of ministerial posts without having to argue too hard.)

As it stands, Labour's promises won't enable New Zealand to reach its Paris Agreement targets by 2050. Labour and the Greens both know it and given Ardern has called it her generation's "nuclear-free moment", she can't ignore it for another term. Agriculture is key, but both parties are locked into a few years' grace allowing farmers to move further and faster before they are compelled to. Which leaves them to focus on our second largest source of emissions: Transport.

Regional rail is a big part of the Greens' plan and it's popular with a wide range of demographics. It's also job rich, covers multiple electorates and is a multi-generational asset. It's got more ticks than a Taranaki Green School. Then there's the $1.5 billion the Greens want for cycleways, the length and breadth of the country. Again, lots of voters get an asset and we get the health dividend. And Robertson has $14b tucked away, so what's $1.5b?

Finally on Transport, there are electric cars. National has been humiliating Labour through the campaign for failing to turn the public sector fleet electric, so to save face before 2023 this is a must. There's the potential for subsidies to private fleets and owners; they're common overseas. The Greens can afford to go hard in all these areas and Labour can afford to give in.

Oceans. James Shaw has stressed the importance of the Greens' oceans policy a lot, but without a lot of coverage. The Greens want more marine reserves, a review of the fishing quote and industry practices (think about those blimmin' cameras) and they want action on plastic. These are relatively low cost policies, both fiscally and in terms of political capital.

Finally, there's poverty. Again, Labour has to do better on this front after a poor effort in its first three years. While tax may be hard to move on, that's not the Greens' only play in this area. The first and most obvious are benefit increases. Labour has been conservative on these, but it has the recommendations from the Welfare Working Group sitting there burning a hole in its policy pocket. One of the key ideas was to raise benefits 12-47 percent. Labour also has a new precedent with its Covid benefits, which are so much higher than its existing regime. It's palpably unfair to have this two-tier system, so benefits could be an area where the Greens play hardball.

They also have a policy of solar panels on all state houses (again, lots of jobs there and longer-term savings) and a universal child benefit of $100 a week for all children under three. Sure, it will be attacked as un-targeted, but it builds on Labour's Best Start policy and will be popular, as free money usually is. Remember, one of Ardern's oft-repeated goals is for New Zealand to be the best place in the world to bring up children.

In the remaining few days of the campaign, we deserve more information about what a Labour-Greens government might look like. We need to move beyond the Wealth Tax attack and find out more about how Labour and the Greens might play their hands if the polls play out as they look most likely to.

* This article was originally published on Pundit and is republished with permission.