Opinion - The government will only receive roughly $2 more per New Zealander per week to spend on social services or reduce the national debt with the tax rises announced today.

Only 2 percent of New Zealanders will be affected by Labour's plan to lift the tax rate for the highest earners, Liam Hehir writes. Photo: 123RF

During the early 2000s, when the global economy was strong, the New Zealand government ran a budget surplus year after year. The Clark government had also introduced a top income tax rate of 39 percent in 1999. This was payable by all income earners pulling in more than $60,000 a year.

Then minister of finance Michael Cullen stood firm against public demand. This came at an increasing political cost and in 2005 the government agreed to concede the indexation of tax thresholds to inflation. This reform was fairly significant but did little to quell voter dissatisfaction due to its delayed payoff.

The additional income that a typical earner was able to keep was likened to a packet of chewing gum a week. That description was probably too generous given that in many cases the benefit was just 67 cents a week. Even back then a pack of PK was more than a dollar.

This failure to read the room very nearly cost Labour the election. The National Party, then led by Don Brash, had made strong gains with the Orewa moment the year before but had begun to flag in the polls. Cullen's half-hearted measure put National back in contention. It took the promise of interest-free student loans to take momentum back.

In a strange way, Grant Robertson's announcement of Labour's tax policy today shares some characteristics with the chewing gum budget. Acquiescing to the demands of activists, the party proposes to introduce a new tax rate of 39 percent on all income exceeding $180,000 annually. That's more cautious than many had predicted. 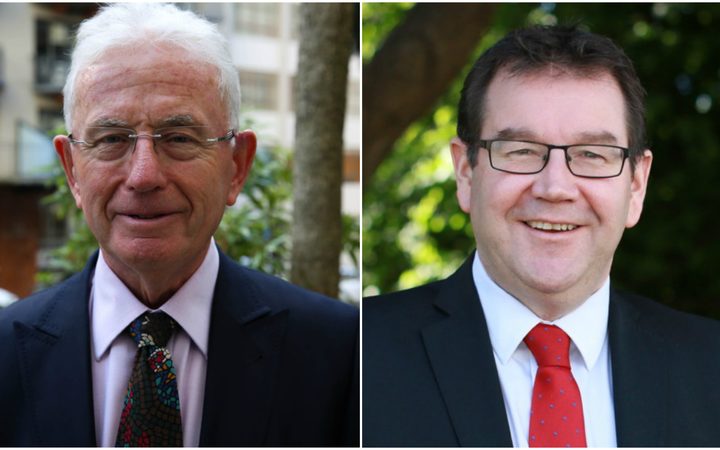 However, it does ensure that the new rate will only fall on the genuinely well-off. Only 2 percent of New Zealanders earn that much, after all. On the other hand, that does mean that the revenue raised by the tax will be very modest - the estimate is $550 million per year.

Even that may be optimistic. Labour proposes to leave the company tax rate at 28 percent and the trust tax rate at 33 percent, which will leave the door open to tax minimisation through good planning. There is a limit to how much people can use companies and trusts to reduce their tax burden. However, the less aligned the various rates are the greater the potential savings and the more value there is in the time and hassle involved in minimising your tax.

But even if we take the estimated new revenues at face value, the government will only receive roughly two dollars more per New Zealander per week to spend on social services or reduce the national debt. At the same time, the increased tax will have all the usual downsides of sucking money out of the productive economy through decreased investment and increased tax planning. Lawyers and accountants will do very well out of it.

Like his predecessor, Robertson has gone for a half-measure.

Labour could have lowered threshold

If Labour wanted to increase revenue the threshold would have kicked in much lower. A 39 percent rate of tax on all incomes over $90,000 per annum would, for example, have matched the settings that Helen Clark implemented in 1999. Alternatively, an intermediate step could have been introduced (say, a rate of 36 percent on incomes over $140,000).

Such rates may not have been wise, overall. But they would have made more sense from a revenue perspective. Instead, what Labour proposes to do is to maximise the downside of increased tax while minimising the upside.

However, it is worth remembering that not all New Zealanders are on the same page when it comes to the purpose of taxation. For many Labour Party stalwarts and activists, the raising of revenue is just one, and not even the primary, purpose of taxing incomes. Reducing the disposable incomes of the wealthy is sometimes seen as a worthy end unto itself.

Seen through this lens, the new rate will achieve its purpose the day it is enacted. Any reduction in investment will be a regrettable side-effect. Rather than being rooted in the desire for any tangible outcome, the purpose of the increased tax is found in the "moral victory" of thumping the rich.

The chewing gum budget was so badly received that Labour ultimately scrapped the proposed cuts. It was better to offer nothing than something so paltry. The difference here is Robertson's plans will only impact a small number of New Zealanders directly. So their lack of effectiveness will probably not damage Labour.

Which is lucky for them. It is unlikely that Robertson has enough fiscal headroom to pull something like interest free student loans out of the bag. He would need to raise taxes much more to do that.