The Pursuit of Wellness is a series looking at all aspects of the concept of wellness. 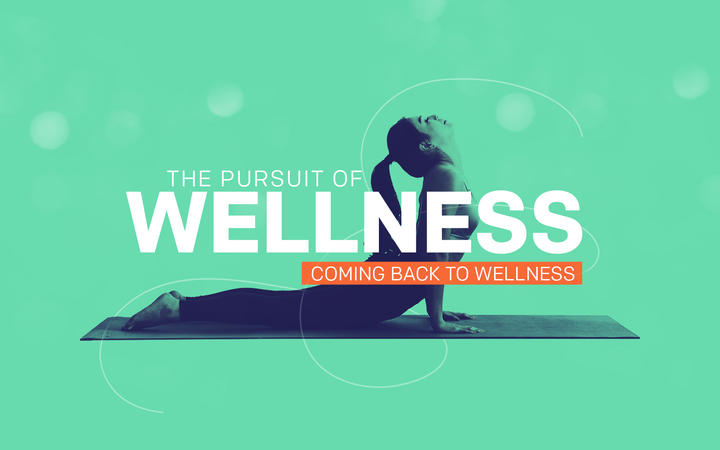 If it sounds dramatic, that's because it is. But it's hard to square MacDonald's backstory with the healthy, happy 41-year-old sitting opposite me, sipping the peach and green tea kombucha she makes under her Soul Sisters Kombucha label.

"I've certainly come from a place of darkness," says Levin-based MacDonald. "I had to hit rock bottom to be able to come out the other side."

Today the mother of three is in "an amazing place".

"I have a loving relationship firstly with myself but also with my kids and my fantastic partner. My business is doing well, I'm furthering my study in Rongoā (natural Māori medicine) and helping others to manage their addictions. But most of all, I've been clean since 2016 which only came about by learning to walk in my truth and realising the importance of holistic healing and what it means to be truly connected to something."

MacDonald was born in Levin, the youngest of three children. Although there was always food on the table and a warm bed to sleep in, she learned the 'A' word early on from parents who were addicted to drugs and alcohol and spent time in jail.

When she was three, MacDonald moved to Rotorua where her mother met her stepfather Reg Hurae while living at a Women's Refuge safe house.

Hurae, she says, brought her up and provided much needed stability in a life that was further rocked by a move to Australia when she was 15. "It shattered my world because I had to leave behind my friends and everything that was familiar. I was really depressed."

MacDonald left school not long after and drifted into smoking weed. It turned out to be a gateway to acid and ecstasy. While living in Melbourne, she met and married the father of her sons, an alcoholic who liked to party.

But she didn't let her love of a good time get in the way of gaining nursing qualifications and spent a decade working as nurse, first in Melbourne and then Brisbane.

It was while back in Levin on holiday when she was 23 that MacDonald first tried methamphetamine. "Everyone was talking about this exciting new drug and someone gave me it to try. That was it."

Ask MacDonald what that first experience was like and she tears up. "I've worked so hard to break the addiction that it's hard to go back there. But basically it was thrilling, this great rush of adrenaline that fills your body and makes you feel amazing." 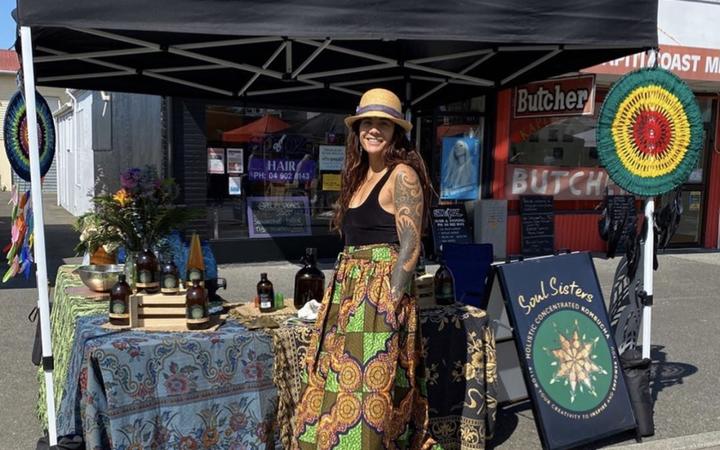 As well as selling her kombucha and body oils, Renee MacDonald runs workshops to help others in the grip of addiction. Photo: Tangimoana Penetito

Back in Australia, MacDonald became what she calls a "highly functioning addict" - working full-time in a private hospital, raising three children and maintaining friendships.

"No-one knew I was a methamphetamine addict. That's how I was able to justify it to myself - I wasn't using every day and no-one suspected. I didn't think I had a problem and managed to hide it for 10 years."

Life changing epiphanies don't come easy and MacDonald's involved suicidal thoughts. "Methamphetamine hangs a noose around your neck and strangles you. I thought a lot about killing myself."

"I'd had enough of that life and being disconnected from my identity. I wanted to get better for my kids and to understand who I was."

Reconnecting with her whakapapa meant coming back to New Zealand, which she did in 2016. Preferring to detox on her own, MacDonald turned to holistic remedies and a lot of navel gazing.

"I found my spiritual guides in Atua, Māori gods, who supported me on my journey, and leaned the concept of whakawātea, of letting go. I had to learn to be accountable for my actions and to turn my trauma into something positive."

She also started studying Rongoā and making her own tea, oils and face creams from her kitchen using native ingredients she foraged. Kombucha, the fermented tea that aids digestion and intestinal health, soon followed, but when a friend told her how good it was and that she should sell it, MacDonald knew she had found her calling.

As well as selling her kombucha and body oils, MacDonald runs workshops to help others in the grip of addiction. The day we speak, she's excited about opening a shop in Levin which will double as a drop-in space for people wanting to find a path to wellness.

For MacDonald, wellness involves eating mindfully, doing yoga and spending time with her children and her partner Tangimoana Penetito. And dancing around her kitchen.

"I'm not the kind of person who goes for a run. When I need to move, I put on some music and boogie around my table. For me, it's about learning pathways to move past my addiction and helping others to do the same."

*Sharon Stephenson has been rearranging words on a page for longer than she can remember. She has written for many New Zealand publications, including North & South, Kia Ora and NZ House & Garden.

We hope you enjoyed this article. For more on wellness, please check out Healthy or Hoax - a new podcast where host Stacey Morrison puts her body on the line to find out whether new health trends are actually good for us. Subscribe to Healthy or Hoax for free on Apple Podcasts, Google Podcasts, Spotify, iHeart Radio or wherever you listen to your podcasts.