Opinion - We did it. New Zealand has effectively smashed Covid-19 like few other countries in the world, and now we're all in level 1, enjoying something close to normal life. 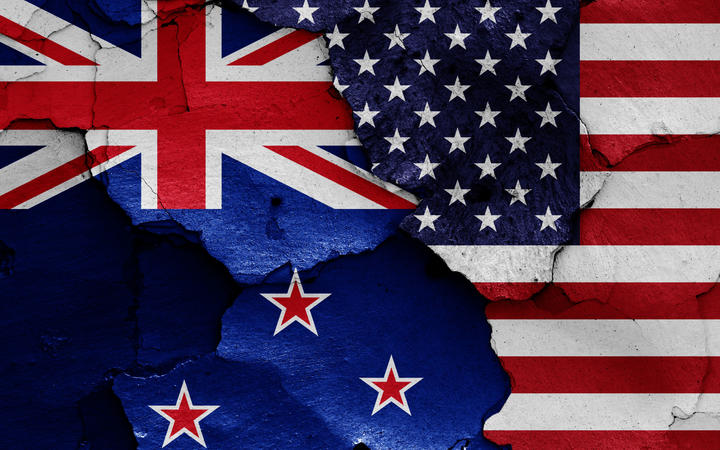 I'm celebrating, and I'm grateful to be here.

But just before we hit zero active cases, back in California where I grew up, the total number of new coronavirus cases hit 3603. For the day.

That's twice as many cases as New Zealand has had the entire year, in just 24 hours.

There are thousands of Americans living in New Zealand. We don't all think the same way and have the same beliefs, but I'd wager most of us are feeling battered by the stresses emanating from home.

New Zealand's victory is remarkable, a triumph of good planning, consistent strong messaging, and the benefits of geography and a small population.

After those first really dark days in March when everything seemed to be exploding, I've never felt like we were foundering here. 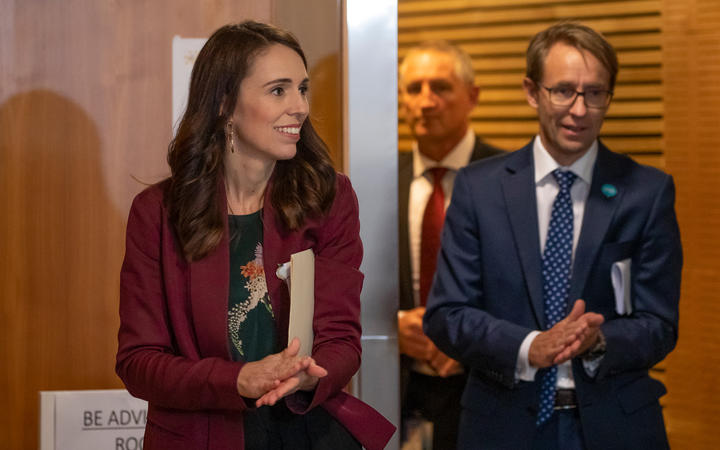 But when I look back across the world to my American homeland, I feel torn and celebrating our success too much seems almost indecent. There's a disconnect - it's back to normal life here, but only here.

I've lived in New Zealand since 2006, but part of me will always still be American.

I visited my family in California for Christmas last year, flying back here on New Year's Day 2020. I didn't know then that might be the last time I would see all the familiar places and faces for some time.

Being an immigrant means you're always a little divided, no matter how much you call the new place home. There will be family, friends, memories, back in the place you came from.

At some times - a sick parent, a wedding you can't go to, a nephew who you never see - that divide stretches so tight it's like it might pull you apart.

It's not just Americans in New Zealand sensing this, of course - British, Brazilians, Italians, Indians - anyone whose home country has been hit hard by the pandemic feels that strain.

But what seems like a perfect storm of systemic collapses of the so-called "American dream" these last few months has made the ache even worse. Festering national wounds like racism, inequality and lack of investments in health care and education for the last 50 years are coming home to roost.

The US president absent-mindedly brandishing a Bible in front of a church as tear gas billowed in the streets was a new, dark nadir. 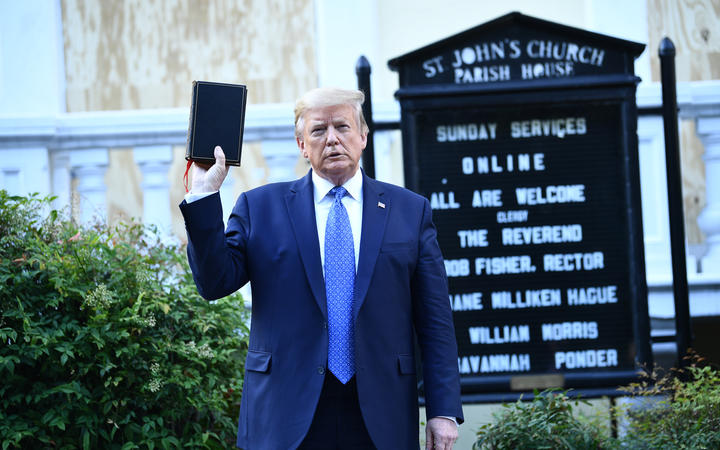 It was a new low seeing US President Donald Trump brandishing a Bible in front of a church in Washington, Nik Dirga writes. Photo: AFP

I'm not alone in my divided feelings. On an Americans in New Zealand social media group I belong to, the mood when looking back at home has often been heartache.

"I'm so deeply sad in so many ways," wrote one woman.

"I'm ping ponging between being so happy to be here and guilty for not being there fighting," another poster wrote.

Nobody knows what's going to happen next, and that's terrifying. 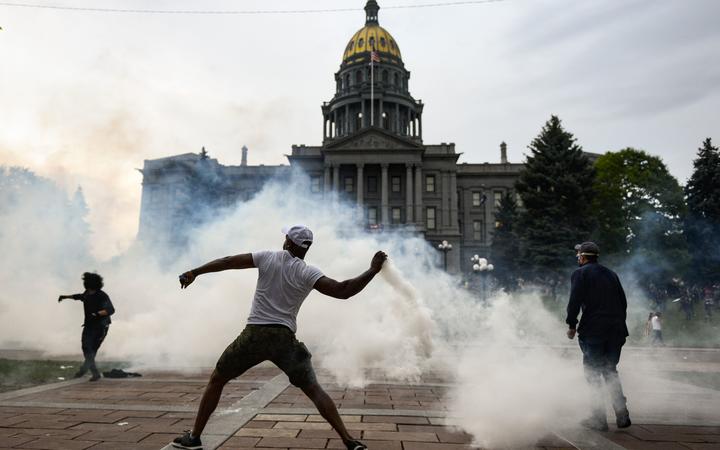 A man throws a tear gas canister back at police officers in front of the Colorado State Capitol as protests against the death of George Floyd continued across the US for days. Photo: AFP

My parents in small-town California have been in lockdown since March. Old high school friends have been stuck in their houses for months. Some have seen the virus kill people close to them.

"Lost my elderly neighbour last week," an old friend in New York City wrote back in March. "Your orange cake and funny stories will be missed at every neighbourhood gathering."

Every one of America's 112,000 and rising dead has a story. And there's a driving sense that it just didn't have to be this bad.

Lockdown rules have varied madly from place to place. All my American friends speak constantly of their stress, fears, anger and uncertainty. They wonder how they'll pay for medical bills. They wonder what their leaders will do next.

New Zealand is hardly a perfect country, but it doesn't feel like its leaders see compassion as a weakness.

US a country in pain

It seems the doctrine of "American exceptionalism" - a concept the very culture pounds into your head from the day you're born - has turned into "American dysfunction" instead. I still love the US and I always will, but I hate to see it in so much pain.

Every day, I see Americans posting on Reddit groups or elsewhere asking how they can emigrate to New Zealand. We're seen as a kind of Narnian escape hatch to a better world, which of course we can't really be. 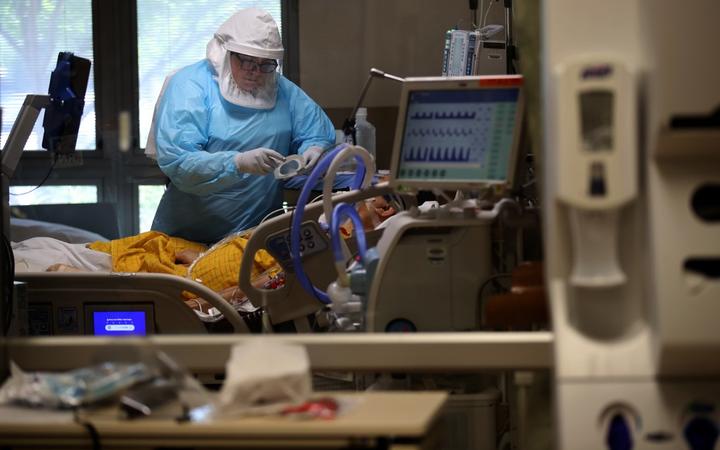 A nurse cares for a Covid-19 patient in intensive care in a hospital in San Jose, California. Photo: AFP

I really wanted to go to California for my dad's 80th birthday in August. That's not going to happen now.

We're an island now, in more ways than one. We're an island nation that's a model for how calm, measured leadership can help in a crisis. We're afloat at the bottom of the world.

But we're also still connected to that big, troubled globe beyond our borders, and it makes it hard to relax and celebrate much when you're feeling so torn between those two very different worlds.

*Nik Dirga is an American journalist who has lived in New Zealand for 14 years.