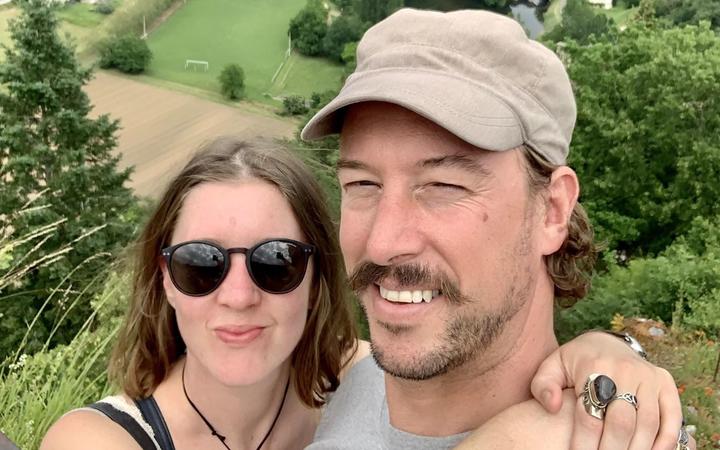 Though many Anzac Day events have been cancelled due to the Covid-19 pandemic, for Kiwis abroad the yearning for home is felt strongly today.

In a small village in northern France, two stranded Kiwis from Christchurch share their stories of war with their neighbours (while respecting social distances).

The memory of war is alive here in Aix-Noulette, a small village in the Pas-de-Calais department in northern France which was destroyed during the war.

Close to the Belgian border, the north is home to many World War I cemeteries, memorials and battlefields. It was a site of much French, Allied and German bloodshed during 1914-1918.

More than 12,000 New Zealand servicemen are buried or commemorated in around 430 cemeteries in Belgium, France and the United Kingdom.

Daily walks with our Irish Wolfhound, Paddy, provide a welcome break from the seemingly interminable confinement.

Along our route through the forest, spring has arrived with green shoots and blossoms lining our path.

The fields give way to a ridge which dominates the otherwise flat plains. Here we see the dome of the Basilica of Notre Dame de Lorette. It sits in the largest French military cemetery, where more than 40,000 French soldiers and ashes of concentration camp victims rest eternally. 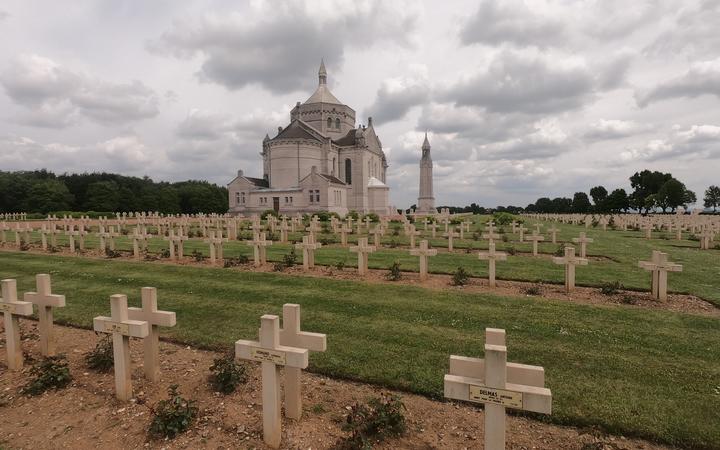 A New Zealand flag flies high at the entrance to Lorette, along with other countries involved in the conflict.

France also played a part in the Gallipoli campaign, suffering almost as many casualties as those of the Anzacs.

My Kiwi/French partner and I have been travelling around France and Western Europe by van since July last year after we quit our jobs and left our friends and family for the road.

We have been fortunate in these uncertain times to be put up by my generous uncle-in-law.

In our lockdown house, New Zealand souvenirs are found everywhere. A poster of Arrowtown; another of Lake Pukaki. A wooden mere with a paua shell eye hangs in the hall.

He wears All Blacks or Crusaders rugby shirts most days.

But, "hunkering down" (Jacinda Ardern's words) on Anzac Day in this country of 67 million which has lost nearly 22,000 people to Covid-19, I've never felt so far from home.

"Deconfinement" in France begins on 11 May.

Let us remember the sacrifice of our Anzacs and keep in our thoughts the victims of this new world challenge. 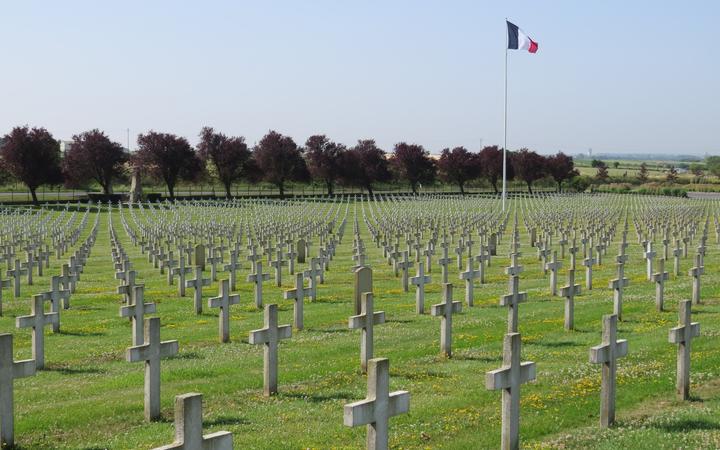 * Monique Steele is a freelance journalist from New Zealand living in France, where the memory of the Great War is never far from daily life and which is on day 40 of a 56-day confinement to fight Covid-19.