First person - How Willie Cuthers set out to challenge foundational narratives of his ancestors and gain formal recognition for all WWII Pasifika coastwatchers.

Pacific and Māori people are lazy, childlike, heathens and in need of saving.

These were depictions of the 'earliest' writers and researchers, narratives which have been adopted as 'history' by outsiders, in an attempt to understand the people and culture they were researching. 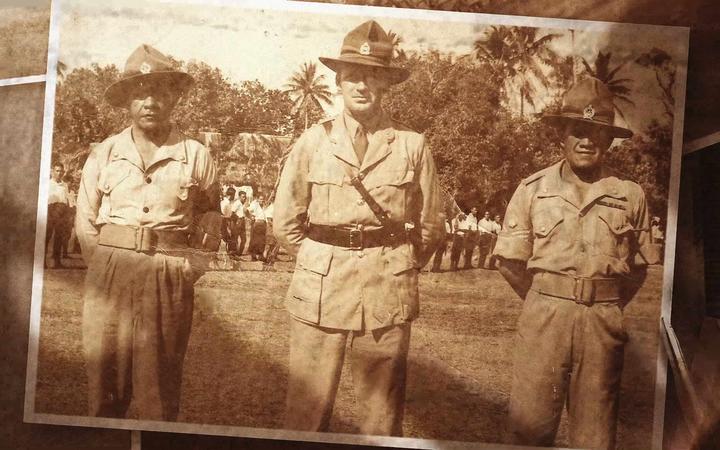 Sadly, these sort of labels have been passed down through generations and have continued to influence views held by 'outsiders' of Māori and Pacific people throughout history since and even still today.

As a New Zealander with Pacific and Māori heritage, I have sought to reclaim my identity and the identity of my ancestors.

My research has found that contrary to early mainstream writing my ancestors were adventurers who had a relationship with the land and sea and had survived independently for hundreds of years prior to European contact.

Inspired by my Masters lecturer, Dr Byron Rangiwai and his writings on the significance of family stories as literature, I decided to research and document my family stories in order to challenge the foundational narratives of my people written by others.

Research into my late maternal grandfather's story found that he held a role as a radio operator in the Cook Islands during World War II. The Pacific Islands were of strategic significance to New Zealand in defending Japan against reaching New Zealand shores. Simple logic really, Japan was the enemy of the day and what stood between New Zealand and Japan? The Pacific Islands.

The New Zealand government set up defence forces within the Pacific. This included wireless operating stations which connected Niue, Tokelau, Kiribati, Tonga, Fiji, Samoa and Cook Islands to New Zealand. These which were surveillance stations, from which operators collected and relayed intelligence as part of New Zealand's defence system.

Local Pacific men were called on to man these defence forces and stations, alongside New Zealand European men. Records show that both parties carried out the same duties. There were well over one hundred stations throughout the Pacific Islands and these could not have been run without the man power, skill and intelligence provided by Pacific Island locals.

Yet, archives held by the New Zealand Defence Force describe the "laziness" and lack of "intelligence" of the local men. This demonstrates how much damage foundational narratives of early outside writers negatively impacted views of Pacific people.

In order to challenge foundational narratives of my ancestors, I set out to gain formal recognition for all these men who served. I was naïve in thinking that achieving this would be straightforward, after all official documents show that these men were employed as Coastwatchers. However, I came up against various hurdles and road blocks in my way.

The journey gained momentum through the involvement of journalists Mihingārangi Forbes and Anabelle Lee-Mather and the Aotearoa Media Collective. This group of individuals took the time to listen to my story and the story of all these men. They understood the story's significance to our Pacific and New Zealand history and decided to put together a documentary to put the spotlight on this aspect of the Pasifika contribution to the war. 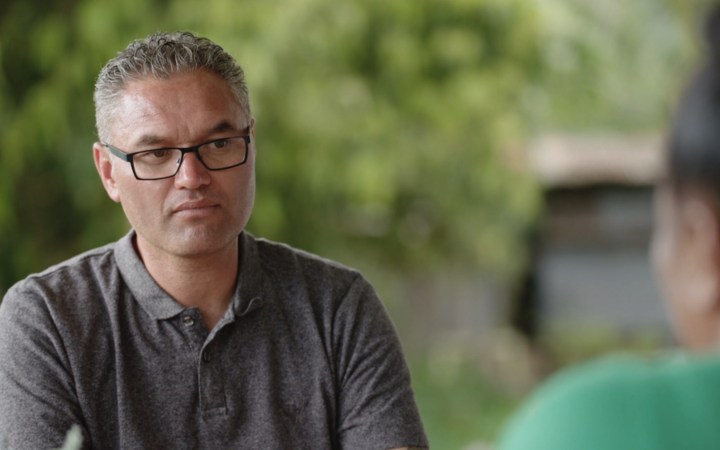 Given I have no experience whatsoever in documentary-making or presenting, I was shocked that these award-winning journalists and producers wanted to put me in front of the camera. In the early stages I was outside of my comfort zone and felt worried that I would disappoint the documentary makers who had given me their support.

However, the producers, directors and crew quickly made me feel comfortable. By listening and understanding my views, whilst being secure in themselves and being open to discussion and different points of view, they allowed me to express myself in my way. On the other hand, I gained a huge appreciation of what goes into making a documentary and of how good the AMC are at their job.

There were many moving parts involved and each individual crew-member played their part and knew how their role would contribute to the overall picture. The crew was always mindful of being respectful in everything they did.

So much work goes into a documentary, so much of it behind the scenes. There are hours of filming and only so many days and hours in which to get the filming done. Scenes may not have made sense to me at the time of filming, but the final piece of work brings everything together and does the story the justice it deserves.

Making the documentary has allowed my findings, my voice and the story of our Pacific ancestors to be heard and preserved for future generations.

Through this experience, I was fortunate to meet with descendants of Cook Islands Coastwatchers. We were able to share stories with each other, to learn from one other. I had never met any of these descendants before, but I felt comfortable with them because they wanted to talk about their fathers, grandfathers and uncles. They were proud of them and were proud to hear of my journey.

I met with descendants in New Zealand, who shared their sincere accounts and the journey took us to Rarotonga, where I met more descendants and heard more stories. Interactions were sometimes emotional and heart-warming. 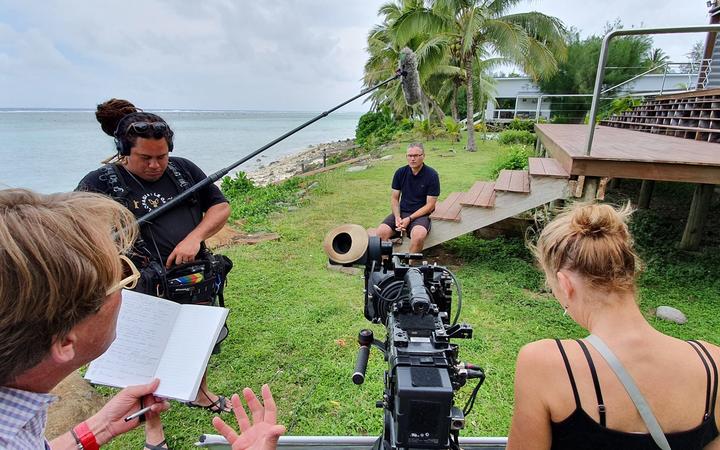 It was meaningful to be in Rarotonga with my family, including my three children, and for them to witness and be involved in the journey. My children were able to see the love I have for my grandfather and also saw that I stand not only for grandad but also for the Cook Islands Coastwatchers.

My grandfather's family organised a gathering in his village in Arorangi, Rarotonga which gave many village locals the chance to stand up and talk about their ancestors who were either members of the Cook Islands Local Defence Force or were Coastwatchers. They expressed their pride in the service that their ancestors gave.

I spoke on behalf of my grandad who is buried not far from where we were gathering but my grandfather's youngest sister Metua was present. She took me aside and told me I was doing the right thing and that she was very proud. This was a special moment for me as it felt as though my grandad spoke to me. Hearing the stories from the families in New Zealand and in Rarotonga was reaffirming. I am not alone in my wishes for these men to be honoured.

The involvement of Associate Professor Damon Salesa in the documentary validates the direction of this journey and its intentions. Prior to this experience, I knew of him as the leading academic expert on the impact of New Zealand colonialism in the Pacific and as the first Rhodes Scholar of Pacific descent. For Damon to put my thoughts and feelings into words and join in my call for formal recognition for these men was the ultimate endorsement.

This journey was an amazing experience overall. I was fortunate to meet a lot of people who have positively impacted my life and the life of my family. I have learnt a great deal from the Aotearoa Media Collective through the making of this documentary. If one had based my capabilities on foundational narratives then I would have definitely lacked the intelligence and would have surely struggled with the considerable work and hours involved in filming because of my laziness, and there was no way a documentary could come to fruition. However, a documentary has been realised and has added to the body of work which is re-writing the Pacific narrative of history and of today.

This journey was never one I would have imagined I would be travelling, growing up in South Auckland, but it has brought people and families together. It gave me the opportunity to connect with descendants of the men that my grandfather served alongside. His story and mine were meeting up, and it is only just beginning.

Although the documentary focuses largely on the Cook Islands contribution because of my heritage, this documentary is a catalyst for Coastwatcher stories from other Pasifika nations to be uncovered and remembered. These men have been dead many years but in these last few months, recounting memories of the Cook Islands Coastwatchers and talking about them has brought them back to life.