Funnily enough, my thought as I start this post is whether it will be well written enough. Or should that be well enough written? Because so much of what I know about good writing came from my two stints at The Listener, which this morning was shut down due to the Covid-19 pandemic.

Bauer Media has announced it is shutting its New Zealand business, including NZ Women's Weekly, Next, North & South, Metro and The Listener. It relies heavily on advertising and, in an analysis sure to put a chill through all media, has decided it won't came back to the level it was at before the virus struck. And even then many of those titles - and most commercial media, to be honest - was in a precarious situation. 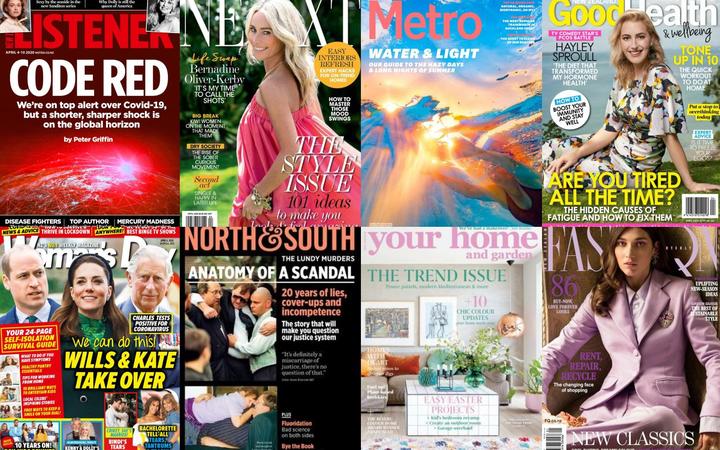 This virus is going to change media drastically. Will monthly magazines, for example, ever again seem like a good idea? Will media companies rely even more heavily on freelancers, unwilling to take on fixed costs? And how will that winnow out the freelance community, given you can't sustain a household on current rates? How many other media will hit the wall, how many other voices will be lost, how will we pay for the information a democracy needs and who will own it all?

The Listener, though, has always been something special. It was launched in June 1939, just a couple of months before World War II began. Its first editors, Oliver Duff and Monty Holcroft, took the brief they had to produce a radio guide and dared to over-reach. They snuck in a range of cultural and current affairs content so that over the years The Listener became so much more than it might have been.

It used to be described as the best selling magazine in the world per capita, outside of Pravda. It was given away free at first and even when it had to be bought, the monopoly it had on the publication of TV listings meant it was a weekly feature in hundreds of thousands of households. People over a certain age will remember the big old A3 format. The phrase is over-used these days, but The Listener has long been an institution.

When I was deputy editor there, around 2005, I rang the Māori Language Commission for a story. At least, I think it was the Commission. The receptionist said she'd put me through to "…mumble, mumble…". I wasn't sure who I'd get. When the phone was picked up the voice said, "Ian Shearer speaking". Shearer had been Broadcasting Minister in the 1980s. I said, "It's Tim Watkin from The Listener here". To which he replied with a cackle… "Ha, we screwed you, didn't we?"

Shearer was part of the government that removed The Listener's monopoly and he obviously delighted in his opening up the market for the likes of the TV Guide and newspapers. Fair play to him. But the truth was that while sales plummeted, he far from screwed the magazine, because it was so much more than mere listings.

The Listener famously was first to publish Janet Frame, amongst others. James K Baxter, Maurice Shadbolt, Witi Ihimaera… just about everyone who has given New Zealand a voice of its own appeared on its pages at one time or another. Any Kiwi icon you could name has appeared on its cover - from Ed Hillary to Billy T. I was in charge of the 20 page project to celebrate its 65th birthday and we got Sir Colin Meads and Keisha Castle-Hughes to dance together on his farm for the cover shot.

It grew to become an important news magazine in its own right, breaking and explaining thousands of stories, all under the guise of being a TV and radio listings mag. It did advocacy journalism at its best; I remember the time and pages Gordon Campbell was given week after week to expose the government's ultimately untenable position on Ahmed Zaoui. 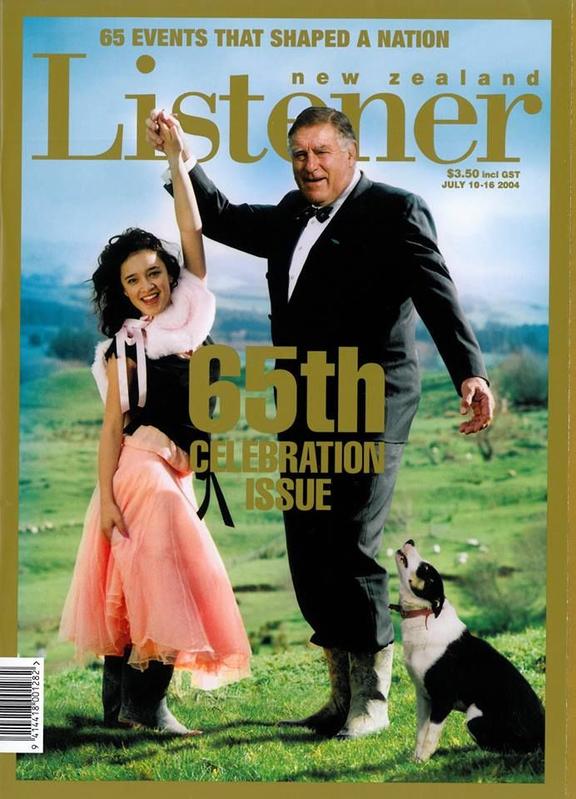 Many will remember fondly some of the country's best political writing, through the weekly columns of the likes of Tom Scott and Jane Clifton. Or the profile and review genius that is Diana Wichtel. The economic wisdom of Brian Easton and Mary Holm. And on and on.

As arguably one of its best editors, Finlay Macdonald, used to say, you sold the magazine with a catchy cover, but snuck all the quality journalism through on the inside.

I got my big break there, hired as a feature writer in 1997. They say you never really know what you've got until it's gone, but I had something of an inkling of what I was joining and how lucky I was. Hired by Jenny Wheeler and Geoff Chapple, I was working alongside Bruce Ansley, Gordon Campbell, Paul Litter, Denis Welch, Pamela Stirling and Steve Braunias. The young bunch included Matt Philp, Philip Matthews, Margo White and me. Plus so many before and after.

And then there was the subbery. A collection of wordsmiths and grammarians beyond compare, led for so long by the wonderful, whimsical Tom McWilliams.

I went overseas, worked for the Herald and then was hired again as deputy editor. I was 33 and I worked my fingers to the bone, writing and editing and figuring out a job I felt too young for. They were some of my best and worst days in journalism. I got to write about Witi Ihaemera's personal decolonisation, respond to Don Brash's Orewa speech with evidence affirmative actions works, and had 24 hours to pen an obituary for one of my heroes, Michael King. I started The Power List. And so much more.

A lot of what people most value in the media today was there in The Listener decades ago. Many so-called innovations aren't as new as people think. The diverse voices and range of story-telling techniques, narrative non-fiction, campaigning, deep research, reader engagement, irony, explainers and so much more were all there.

Still, the media business was so different then. There was little online and print publications tended to stick to their lanes. Newspapers did mostly daily news, so as a weekly we had so much space to do backgrounders, analysis and wry commentary. Nowadays everyone does everything. Yet The Listener adapted, as it had done since 1939, and survived it all.

And so it wasn't any government or minister that screwed The Listener in the end. It was this foul pandemic. And we know this will be just one of many wonderful, vital businesses that come crashing down over the next few weeks. There will be much for us to grieve this year.

I dare to hope that the magazine's subscription and back catalogue may be enough to interest a buyer, who could rebuild this taonga in the post-virus era. Because The Listener made New Zealand a better place and dared to give this country a voice distinct from the rest of the world before the days when an "independent foreign policy" and our own world view were considered normal or valuable.

Today we lose a pioneer of national identity and a vessel of many indigenous voices. With a tear in my eye I pray someone might before long be able to give it a new hull and a new crew and get it afloat once more.

This article first appeared in The Pundit