The publisher of some of the country's best known magazines has folded. 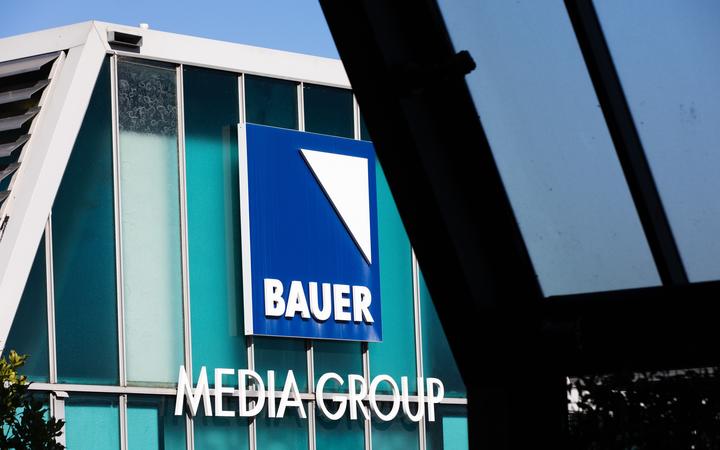 Bauer Media, which has The Listener, Woman's Day, New Zealand Woman's Weekly, North and South and Next, says it is no longer viable and shut its doors today.

Chief executive Brendon Hill said the Covid-19 lockdown had stopped magazine production and put the business in an untenable position.

He said magazines depended on advertising and it was unlikely that would recover to pre-crisis levels.

Business advisory firm EY has been appointed to work on an orderly wind-down of the business, and buyers are being sought for the magazines.

New Zealand Bauer staff were told this morning of the closure.

Hill said local staff would get full redundancy and other entitlements.

"This is a devastating blow for our committed and talented team who have worked tirelessly to inform and entertain New Zealanders, through some of the country's best-loved and most-read magazines."

Bauer carried out an urgent review of its New Zealand operations and considered all options to keep part or all the business open, including engaging with the New Zealand government, Hill said.

"An active search is underway to find buyers for our New Zealand assets, including our many iconic titles, however, so far an alternative owner has not been found."

Media commentator Andrew Holden told Nine to Noon the news is a shock to the media industry.

"These are the best magazines we've got in this country, they're the home of some fantastic journalism."

The loss of travel advertising has been one of the key killers, he said.

Finance Minister Grant Robertson today told Morning Report that the media sector was one of a number of sectors where the Government was going to have to be looking at recovery plans as it works its way through the Covid-19 crisis.

However Holden said these decisions needed to be made with a great deal of urgency.

"A medium-term decision may not be enough," he said.

"The tricky decision you have to make in these circumstances is what is essential and we're seeing the government have to do this right across the board ... the media are not immune from that kind of decision making."

Other media commentators warned the cutbacks were not likely to be over.

Jenny Lynch, a former editor of the New Zealand Woman's Weekly between 1987-1994, said she was absolutely staggered by the news.

''I think it's an absolute tragedy, I am really reeling from the news.''

She said it was a real shame that after nearly 90 years the magazine would likely be lost to its many readers.

''I always saw the Weekly as a friend and even though we produced some very gritty stories our aim really was to give pleasure.''

Lynch said the Woman's Weekly was still as relevant today as it was when it started in 1932.

She was not sure if a buyer could be found for the masthead.

Another former Woman's Weekly Editor, Fiona Fraser, described it as one of the darkest days in the media she could remember in recent times.

''I've personally shared a lot of tears today for what was lost and also for my great friends who are in just so much pain in the media industry today. It is just a devastating, distressing time and I am just terribly, terribly sad.''

She said the magazine always enjoyed a strong readership even in tough times.

Media Commentator Bill Ralston was fearful for the survival of other media as the Covid-19 lockdown grip takes hold.

''When the government orders the closure of weekly magazines they don't realise its a business. If you can't make money and you are carrying a lot of fixed costs like wages and rent, you are going to go bust.''

He said there was likely to be a snowball effect.

''There will be radio stations closed, the remaining lot of magazines in private ownership will probably disappear as well and I think you will find that TV3 will really start looking closely if it keeps going, simply because there is a lack of advertising revenue there for them, no it's a very tough time.''

Another media commentator, Gavin Ellis, said most media outlets had entered the Covid-19 crisis with virtually no financial reserves behind them.

He singled out the New Zealand Herald which is owned by NZME as one on shaky ground.

''I would anticipate that within a week or two at most they will have to start making some serious decisions about ceasing in the interim, not permanently but temporarily ceasing their print runs.''

He hoped media companies would offer staff temporary lay-offs instead of redundancy.

''If you go back and look at the way in which our media has progressed over the last few years they have had progressive redundancies to a point where they are working on minimal staffing levels already, so to further reduce them can only mean serious inroads into their ability to do the basic jobs of holding power to account.''

Ellis said one way or another New Zealand must find ways to protect its private sector media.

He said that might be a fundamental change to its structure.

''I think news media will be sustainable, but it won't be hugely profitable and if it's not profitable it won't have investors so I think maybe we have to look at the rise of a non-profit or basically public-service oriented but privately-owned media.''

He said the need for media would never go away.

As for a possible buyer of the Bauer titles, Ellis could not imagine existing media companies would be in any position to take over.

''Titles like The Listener which has a very high subscriber base and Woman's Weekly which has a loyal readership could be resurrected.''

He said Bauer closing the operations meant all a buyer would get was the mastheads.

''I would hope somebody would rise to the occasion, it would have to, I think, be more likely a wealthy individual and hopefully a philanthropic individual who wouldn't interfere with the operation and would allow them editorial independence.'

''I fervently hope it comes to pass.''

Prime Minster Jacinda Ardern said she was disappointed and "gutted" by the Bauer decision.

She said the Government actively sought to assist Bauer through these difficult times, with minister Kris Faafoi speaking to them and asking if they could take up the wage subsidy.

''They refused and my view, from what I know of the situation, this appears to be a decision that has been made, that is at the same time as Covid-19 but not because of it.''

Ardern said the government would have liked to have seen Bauer keep operating through until after the lock-down ends.

Some have taken to Twitter to talk about the closure.

Our first thoughts are with the hundreds of journalists, writers, editors and photographers whose jobs, projects and futures have been thrown into uncertainty. You have done such incredible and admirable work that has changed and challenged Aotearoa NZ.

NZ will be all the poorer with the closing of Bauer. These talented people have brought us challenging NZ stories, insightful journalism, some gossip and light relief, tears for others and lots of laughs. I can’t see how we fill that gap. We need them to tell our stories.

Last week's decision to classify non-daily print media as non-essential, has today contributed to the closure of Bauer Media and the loss of many NZ jobs.

This Government needs a plan that protects both the health of our people AND the economy.#nzpol https://t.co/LZdNHuJKq0

This is disastrous news for criminal justice in New Zealand - the wonderful journalists at Bauer have played such an important role in so many cases and on so many issues. Devastating. https://t.co/oShU7kM4C9

I feel physically ill. This is devastating for all of us, but of course especially for all the staff. https://t.co/4XbXCopG83

200+ Bauer employees have just lost their jobs. As a result, all of us have lost some of our finest journalism and entertainment content. The economic and cultural impact of COVID-19 should not be underestimated. Please *stay home* so we can start to rebuild what we've all lost.

Almost every member of my family has worked for Bauer magazines. They were a bastion in our household and have employed some of the most talented, hard working and wonderful journalists over their years. I truly feel so deeply for everyone right now.

It does bear noting that Bauer was already looking for buyers for its NZ business before Covid-19 struck. The Germans clearly weren't willing to take the hit of struggling through the short term and have just walked away.

Heart-broken for all the many good people at Bauer, esp my old home. The Listener. Awful news. It was launched as a war began and now ends in another global crisis. Can only hope someone will buy it & help keep great magazine writing alive.