First Person - RNZ sports editor Stephen Hewson was part of the New Zealand over-50s cricket team taking part in the Cricket World Cup in South Africa earlier this month. Unfortunately for him and the team, the tournament was cut short because of the coronavirus. This is his story.

Last Tuesday I was supposed to be playing in a World Cup final at the Newlands Cricket Stadium in Cape Town. 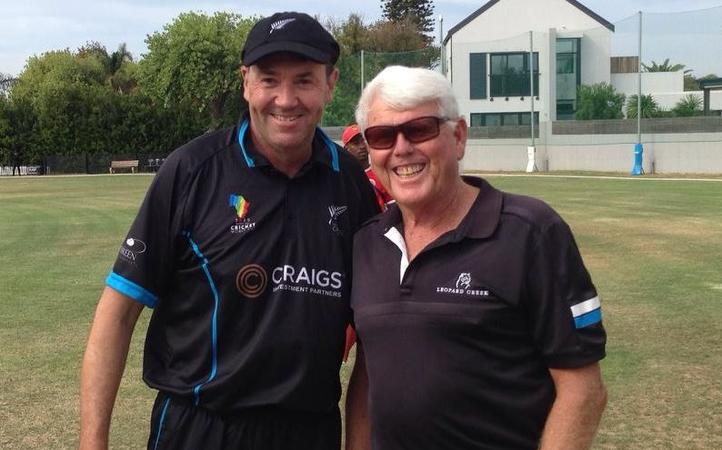 The world though, as we all know, has changed a bit since then.

I say supposed to be playing - hopefully playing would be more accurate.

Pumper, Peaches, Bones, Bert the Squirt and Nutts may not be cricketing household names but they, along with eleven others including myself, were members of the over-50 New Zealand side - the Grey Caps - chasing World Cup glory in South Africa.

But we were cruelly denied by an unexpected opponent - a wily newcomer that was surprisingly resilient - Covid-19.

I'm getting ahead of myself, so let's backtrack.

Australia, England, South Africa, Pakistan and the seven other countries competing in the tournament all no doubt thought the title would be theirs too.

This was the second over-50s Cricket World Cup to be held. The first one was in Sydney in 2018 and Australia won, and so went into this tournament as favourites.

Over-50s cricket is one of a fast-growing group of global veteran sporting challenges (of course none of them can match the trajectory of Covid-19).

If you think this is some social outing, a bit of a hit and giggle - think again.

Sure there is socialising post match, and that's an integral part of the event, but on the field it's extremely competitive - although you don't get the over-the-top bollocks that one or two of us may have indulged in 25 years ago at the peak of our cricket powers.

The journey for the 2020 Grey Caps started back in October 2019 at the inaugural over 50 Inter-Provincial Tournament played in Christchurch.

Four games in four days - a tall order even for the fittest of cricketers let alone over 50s - and given the weather conditions, we had to chip thick ice off the covers at Hagley Oval before play got underway one day, not for the fair-weather cricketer either.

I could go through how the unfancied Wellington-Tasman Firehawks saw off the much more fancied Canterbury side in the final to become the inaugural IPT winners - the trophy sits proudly on my mantelpiece - but no need.

From that tournament a 16-strong New Zealand side was selected. Two warm-up wins over New South Wales over 50s in Auckland in January had us well primed. 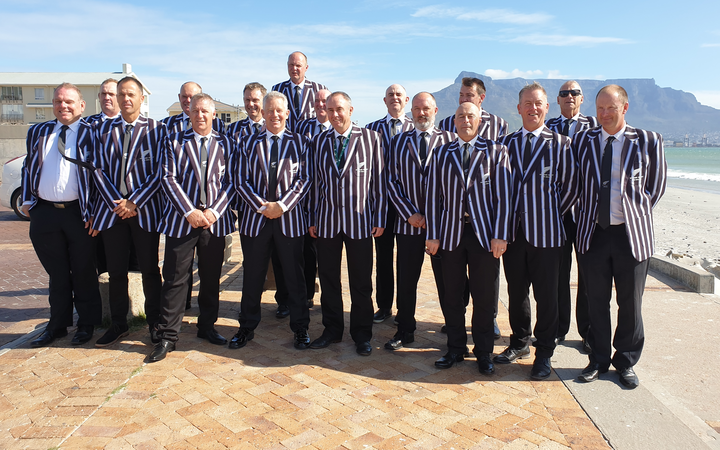 Two to three practices a week, three gym sessions and cricket Saturday and Sunday each weekend plus the odd mid-week game - I wasn't this cricket-fit even when playing senior club cricket in the mid-90s.

Only Richard Petrie in our side had played international cricket, but several players including skipper Adrian Dale, who spent 15 years on the English county scene, had first class experience, while others had played at minor representative level.

The key now though was not what you had done in the past but what you could do now.

And to that end still playing, and playing at reasonable club level, was a better indicator of what you might be capable of.

For me I was still playing reserve team cricket in the Wellington club competition and still contributing. At 53 though I'm not sure if that's a reflection of the competition or the effort I have made to remain competitive - let's go with the latter.

Anyway onto the World Cup.

Top two sides from each pool advance to the semi-finals with the winners then meeting in the final at the Newlands Cricket Ground.

First up we played the West Indies.

Before play got underway, the newbies in the team, myself included, were presented with our New Zealand caps.

That's a moment I will always treasure. I had been playing and training for this moment for over 45 years, ever since my first day of midget grade cricket at Maidstone Park with Upper Hutt cricket club in 1972.

The Black Cap with the silver fern.

It was an honour and very humbling and I thought of the people I had played a lot of club cricket with - Diesel, Jug, Stu, Hicksy, Goldie and Rupert.

It was presented to me by South African cricket great Barry Richards and emphasised how much it meant to represent your country - something he had little or no chance to do on the international cricket scene because of South Africa's isolation from international sport over its apartheid system.

If cricket's not your thing this probably seems a bit over the top (and you've probably stopped reading anyway).

But those who know the game will understand how much that meant to all of those who received our Black Cap from Barry - it was one of the proudest days of our lives.

That was only further underlined when we lined up for the anthems. This was the real deal.

Game one against the West Indies and we posted 186 - a handy total on a two-paced Rodenbosch wicket with skipper Adrian Dale making a half century.

We then dismissed the Windies for 150 with Neil Ronaldson picking up four wickets to seal a 36 run win.

Game two against Canada on a tricky pitch at Milnerton again saw us batting first as we made 157-7 in our 45 overs - a total we were reasonably confident we could defend.

In the end we won comfortably by 98 runs as we rolled Canada for 59 with the evergreen spinner Andrew Nuttal taking 4-10.

And onto Zimbabwe at the Capetown Cricket Club.

Zimbabwe had a couple of former internationals in their side - among them former chicken farmer Eddo Brandes while having a solid test and ODI record behind him he is possibly better known for one of the most infamous sledges in international cricket.

I won't go into the details but it involved a test he played against Australia and fast bowler Glenn McGrath's wife and biscuits.

You probably know the one. 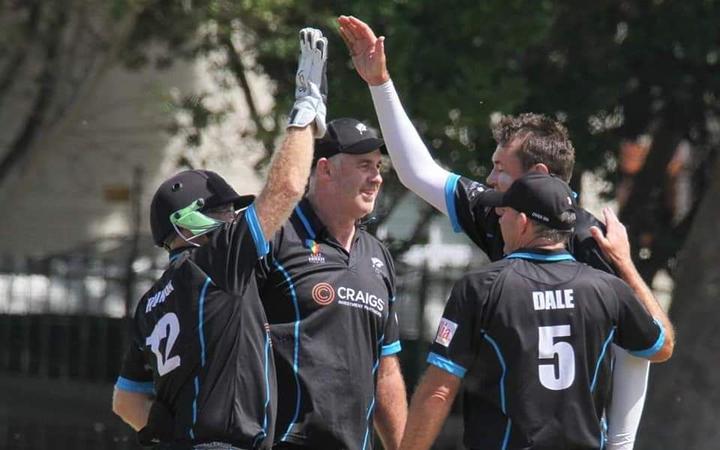 Anyway onto the match.

We ended up bowling and kept Zimbabwe in check as they made 144-8 - a total we were confident of chasing down.

As we headed off the field for the innings break, the tournament organisers came on.

It was a short message - 'Game's off. Tournament's over'.

Coronavirus had caught up with us and the world was closing down.

We traipsed off the field and into the changing rooms.

We had a few beers as we tried to process what it all meant.

Actually we knew what it meant, we just needed to give it time to sink in.

One minute we are playing in a World Cup and the next we're not.

Not through any match result or any action of our own, but things completely beyond our control.

Sentiment, and there was plenty of it, was quickly overtaken by talk of logistics and how we would get home. It became more urgent as we quickly learned that the world's airports were shutting down in efforts to control the pandemic.

scramble to book any airfare you could get to simply get out of Cape Town and back home - a plight many New Zealanders are now familiar with.

We've all made it back now, in dribs and drabs through various ports that would take us and our over-sized luggage.

Two weeks ago we were obsessed with our World Cup journey. It was all we talked about.

We were probably driving our families crazy...actually no probably about it.

Now, we're in self-isolation in various parts of the country, with plenty of time to reflect on all the things we're grateful for.

Cricket is still on that list, and the great thing about sport is that there's always a next game to look forward to - even if right now that sees a long way off.