The owner of The New Zealand Herald and Newstalk ZB has warned staff that job losses and major changes to the company's scope and scale are coming, as the Covid-19 crisis cuts into advertising revenue. 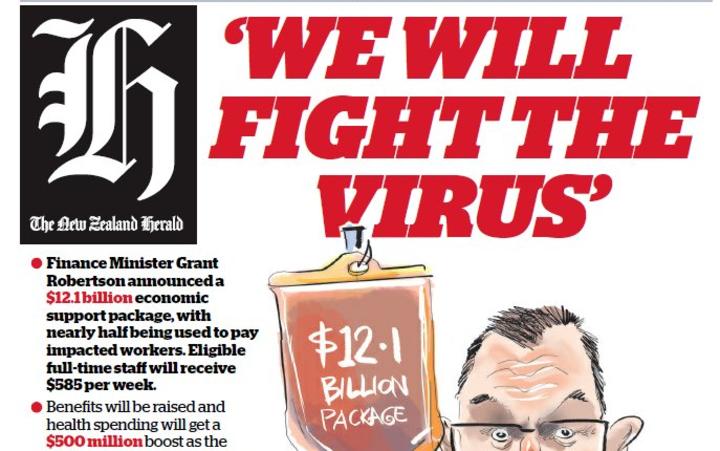 In an email to staff today, NZME chief executive Michael Boggs wrote that the company suffered a swift and significant downturn as the country ramped up its measures to stop the spread of Covid-19.

The company would have to contract to continue operating, he said.

“The ongoing decline in revenue caused by the impact of COVID-19 continues to be significant.”

“This is uncharted territory, and no one knows when that will change. We must now make changes to the scope and scale of our business and do so quickly. This will inevitably result in job losses,” he said

The company made its first major cuts yesterday when Radio Sport was shut down with immediate effect.

Earlier this week, Boggs asked all staff to take 15 days of annual leave or unpaid leave. Staff were also invited to express an interest in voluntary redundancy.

Those moves helped mitigate the effect of the virus on the company’s business but would not be enough to stop redundancies, he wrote today.

Though the company is looking at accepting the government’s wage subsidy, that would not fully offset its loss of advertising revenue, Mr Boggs told staff.

“Many in NZME will have conversations with their leaders over the coming days about their roles in the company. These conversations may ultimately result in great people leaving our company," he wrote.

Boggs said the staff who had voluntarily taken 15 days annual leave would have that credited back to them if they were made redundant.

Stuff, one of NZME’s major rivals, has also signalled it will look at cutting costs to deal with the impact of the Covid-19 crisis.

Its staff have been asked to use up any excess leave.

Chief executive Sinead Boucher did not rule out further moves in a town hall meeting with all staff this week.

Meanwhile, some community newspaper and magazine publishers are warning that they may have to shut their doors for good after the government announced bans on the delivery of non-daily print media during the lockdown.