First Person: Yesterday, reporter Max Towle cut short his trip to Canada and returned home to New Zealand. He is now in self-isolation in Wellington for two weeks. Here's how he is spending the time. 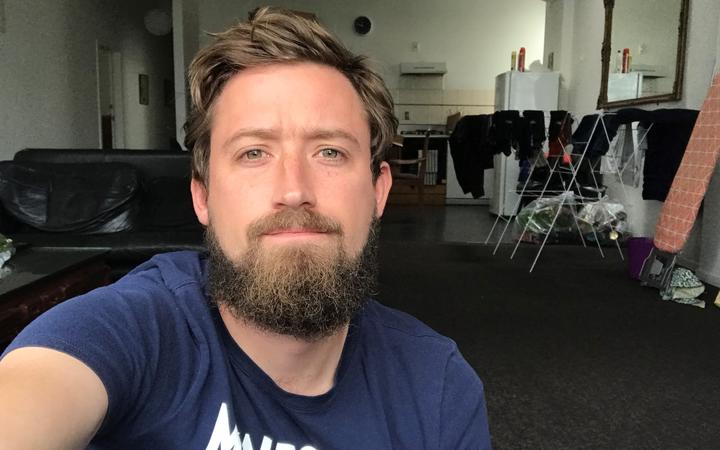 Life has become about blocks of time.

I have been in self-isolation for a day and this type of thinking is the only way to keep myself sane.

Right now, I'm wondering how early I should eat lunch. How much time would it take to prepare? How long to eat?

I considered doing 20 minutes of sit-ups this morning, but wisely decided against it. I instead kicked a tennis ball around my living room.

I haven't left my flat and keep returning to my window to gaze longingly upon the outside world.

One of my flatmates has already packed a bag and moved out. He was told by his employer that he shouldn't be living with someone who is self-isolating. We bade farewell last night by nodding at each other and comforted ourselves that with major sporting events being cancelled, there wouldn't be much to talk about anyway.

Shockingly, some Australian-based leagues like the NRL and A-League are still going ahead, which shows that questionable decisions are often made when huge amounts of money are at stake.

I have been washing my hands so much they are becoming dry, and I've been hyper aware of which surfaces I touch. I opened the fridge this morning and grimaced. Should I have wiped the handle down?

Yesterday, I wrote about returning from Canada and what seemed like a very straight-forward process re-entering New Zealand.

There was no conversation with a nurse or an official, and the importance of self-isolating wasn't impressed upon me.

I breezed through Customs, and a fact sheet I was given said it was fine for me to catch a further domestic flight and a bus home - I just had to keep clear of people where possible.

I also wrote about meeting a Canadian man who was going ahead with his holiday and didn't seem particularly fazed about adhering to the self-isolation requirements.

I've since received feedback from people furious with this type of attitude, and yesterday the Prime Minister raised the possibility of fines and even deportation for travellers who fail to quarantine themselves.

People are scared, and now travel restrictions have been imposed, many want more.

Another reader asked whether New Zealand should follow other nations and simply close its borders to everyone except residents and citizens.

We want to be a welcoming country, but what kind of country are we welcoming people to? Tourists aren't going to leave with a great impression of New Zealand if they have to spend their time holed up in a hotel room or apartment.

When testing belatedly increases, so too will positive diagnoses. How long until serious consideration is given to closing bars and restaurants? What about public transport?

People are adaptable, and always have been.

We fear our "normal" being taken away from us, yet when it is, we're swiftly able to adjust to the new "normal."

Self-isolation is the new norm for me, and it may soon become the norm for most of the population. If this is what it takes to curb the spread of the virus, then we'll adapt.

Personally, I may be going a little stir crazy, but I'm more fortunate than others. I live in a warm home and don't have any major health worries.

Self-isolating is more for others, than it is for me.