Analysis - Was Winston Peters solely responsible for sinking a flagship policy, or did Labour realise that taking a capital gains tax into the next election could be fatal? The reasons for dumping it aren't a simple as they may seem. 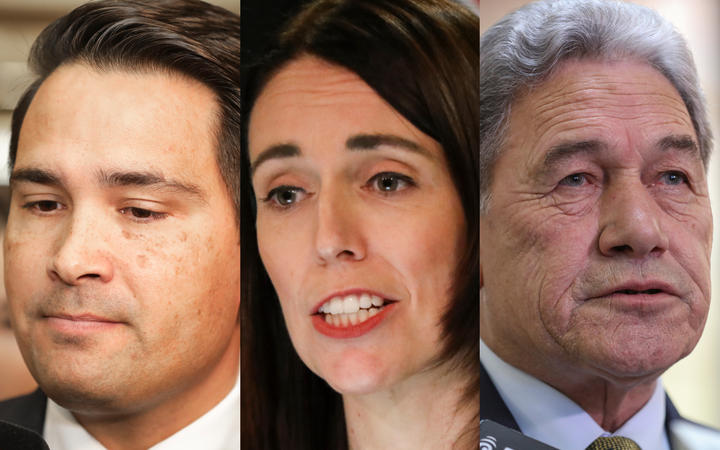 One of the most surprising aspects of Prime Minister Jacinda Ardern's astonishing press conference was her determination to put a capital gains tax behind her - for ever.

That sounded very much as though she had decided it would be extremely risky to put it in front of voters in 2020, which had been Labour's original intention.

She went on to insist, however, that strenuous attempts had been made to reach a consensus within the coalition and she had been unsuccessful.

Numerous options had been discussed but she couldn't get any of them across the line.

Failure to reach consensus means New Zealand First rejected it, although at no point did she name the party.

NZ First leader Winston Peters is claiming credit for sinking the policy, without actually saying so.

His finance spokeswoman, Amy Adams, said National had rallied public opposition to a capital gains tax and that was what caused Mr Peters to sniff the wind and decide to reject it.

A more likely scenario is that the NZ First leader was never going to agree to it and if Ms Ardern didn't know that, she should have.

Now she wants to distance herself from a capital gains tax, she doesn't want to be associated with it. She has neutralised what would have been National's strongest campaign weapon.

If the government had gone ahead with it, National would have made it the centrepiece of the next election - and the public, at best, has been ambivalent.

Opinion polls didn't give the politicians a clear signal, there were doubts about how well it was understood. National used scare tactics and Labour accused it of spreading misinformation.

That would have continued, with increasing ferocity, right through to the 2020 election.

Did the prime minister and her senior colleagues wake up to that and decide the capital gains tax crusade just wasn't worth it? They'll never say, because that would look like cynical political pragmatism.

Through all this, Ms Ardern has been trying not to appear weak and at the mercy of NZ First.

The reality, however, has always been that legislation can't be passed without a majority vote in Parliament - and without NZ First, she hasn't got the numbers.

Mr Peters isn't going to let anyone forget that. "May I remind you, the Labour Party is in government because of my party," he told a reporter after Ms Ardern had announced the decision.

And while National is claiming a victory, it knows it has lost its best chance of taking Labour down.

Throughout her press conference, the prime minister reverted to a positive spin about how many other recommendations from the Tax Working Group would be pursued, and that a capital gains tax was just one of 90 proposals.

The government was going to hammer land bankers and close loopholes. Officials were already working on that and other ways to make the tax system fairer.

When she was asked whether there would be any income tax cuts now a capital gains tax was off the table, she hinted that Labour's 2020 tax policy would be something worth waiting for.

That will be in the party's election manifesto, but how much faith will voters have in it after the capital gains tax back down? If the next coalition government also needs NZ First's votes to get anything through Parliament, tax promises by Labour will have to have Mr Peters' support or they won't go anywhere.

National is sure to remind voters of that when the time comes.

Since the announcement there has been a sigh of relief from the business sector and farmers.

They didn't want a capital gains tax and the general expectation had been that the government would present a watered-down version which wouldn't cause too much pain.

No one expected the dramatic "we will never do this" announcement from the prime minister.

And it's worth noting that she presented it as a captain's call. Journalists had expected her to be flanked by Finance Minister Grant Robertson and Revenue Minister Stuart Nash, but she walked alone into the Beehive theatrette.

Ms Ardern wanted everyone to know she was the leader, she was making the call, and there would be no capital gains tax while she was prime minister.

She was saying it's over, National can forget about it, she'll fight the next election without it.

And that will give her a much better chance of winning it.