Analysis - We were promised a moment of truth and now it has arrived. 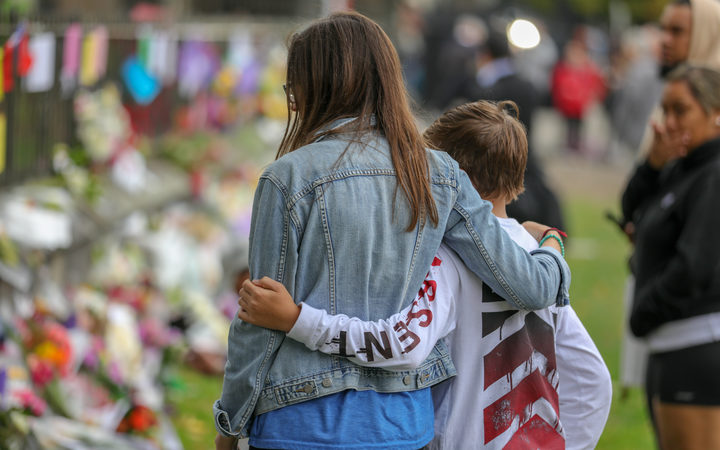 People visiting the Christchurch Botanic Gardens wall where flowers were laid in memory of those lost in the mosque shooting Photo: RNZ / Simon Rogers

In the heat of the 2014 election campaign, the super stars of the state surveillance protest movement converged on New Zealand - including Edward Snowden via video link from Russia - alleging the New Zealand government and its spy agencies were complicit in mass surveillance.

The conspiracy, they claimed, stretched from the vested interests of Hollywood movie moguls to the faceless technocrats of the United States' National Security Agency. The victims of these dark forces reached from Kim Dotcom through to average Kiwis, whose every text and tweet was being hoovered up.

A Royal Commission of Inquiry will take time to get answers but the questions begin now.

This article focuses on the Security Intelligence Service as they are the domestic spy agency and the front line of defence. Yes, there are big questions for the Government Communications Security Bureau (GCSB) too, but it largely deals with foreign signals intelligence and interception.

They had enough money to engage in work that doesn't appear to be core business, such as "space and high altitude activities". The 2018 annual report details NZSIS interest in the evolving space industry, spurred by Rocket Lab's launches from Mahia Peninsula.

In the year to June 2018, they did 24 assessments "on space related activities" analysing space payloads and "high altitude vehicles."

It might be time to come crashing back to earth with basic questions like: Were you looking in the right direction? It seems they were not.

Prime Minister Jacinda Ardern and the Minister Responsible for the Intelligence Agencies Andrew Little insist the NZSIS had begun to focus on white supremacist groups although we've seen little to back this up.

RNZ has gone back through ten years of annual reports and found no mention of the white supremacist threat.

On 20 February this year Rebecca Kitteridge, who has served five years as director of the NZSIS and has now been appointed to another three, made her opening statement to parliament's Intelligence and Security Committee. She described the security threat as "low" and said about 30 people were under surveillance.

Her section on "terrorism and violent extremism" focused almost entirely on Islamic State of Iraq and the Levant (ISIL), saying a "small but concerning number" of New Zealanders were engaged with its violent online content and radical ideology.

She expressed concern about Kiwis in Syria and the global threat of Al-Qaida. A vague reference to white supremacists made it only into her final line of the terrorism section, saying that "internationally the slow, but concerning rise of right wing extremism also continues".

The primary focus of the NZSIS is also underlined in its 2018 annual report which said "the majority of leads identified during 2017-18 were linked to ISIL".

If they were looking in the wrong direction, why? In the end the NZSIS, for all the enigma, is only as good as its people. It has 335 staff. They are overwhelming European. Just 6.5 percent Māori, 6.5 percent Asian, 2.6 percent Pasifika and two percent from the "Middle East, Latin America and Africa".

Diversity is not about political correctness, it's about diversity of perspective. If your agents are largely from one ethnic background, does that influence the perception of where the threat might come from?

Ministerial accountability will also be a focus on the Royal Commission. It used to be that the prime minister was always responsible for intelligence agencies. This changed when John Key, bogged down by questions about illegal spying by the GSCB, farmed it out to his Attorney General Chris Finlayson.

Ardern has followed suit, giving the job to Andrew Little. If a government's first job is to protect its citizens, then perhaps it's time to push this job back up to the ninth floor of the Beehive.