Opinion - Jacinda Ardern is doing something extraordinary - but should it be? 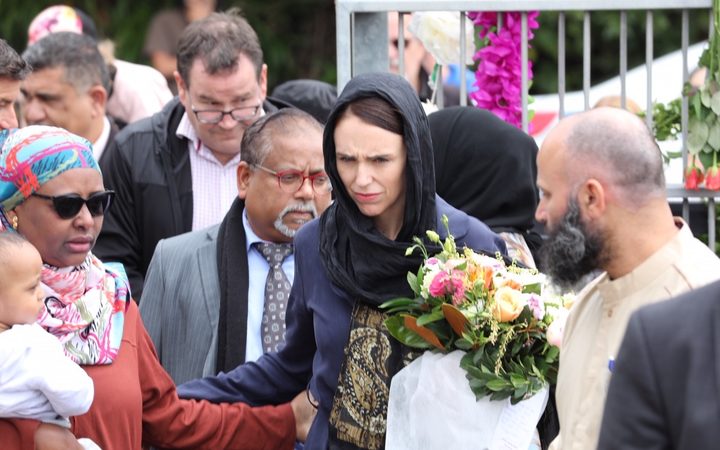 Jacinda Ardern's ability to put others' interest ahead of her own stands out because these days leadership has become, in the Western world, more about the 'me' than the 'we', Jess Berentson-Shaw believes. Photo: RNZ/Ana Tovey

All leaders bring what is unique to them to the job and turn it to their advantage. John Key was a very relatable man, Bill English was genuine and steadfast, Helen Clark steely and driven, Jenny Shipley politely determined, and David Lange a sharp wit.

For Jacinda Ardern it is her empathy and capacity to genuinely express compassion for all people. That compassion is what we in New Zealand need more of right now, in the wake of the most unimaginable hate enacted against our Muslim community.

For me, there is something more important than our prime minister's empathy and compassion, which are characteristics people are comfortable praising in women. It is this: she has inhabited a role that was thrust upon her, and responded with a style of leadership that is guided not by a desire for personal recognition, but by a very clearly articulated set of collective values.

She seems utterly genuine about putting others' needs before her own. Jacinda Ardern is restoring, in a uniquely 21st century way, the old-fashioned notion of public service.

This public service leadership feels very different from other leaders. We should recognise the extraordinariness of her response and be very proud of the job she has done over the last week in service to us all.

Yet that it is extraordinary also speaks volumes at how far we have travelled from what leadership should be. Not just in those leading our nations, but in our corporations, public services, and voluntary organisations. Leadership has become, in the Western world, more about the 'me' than it is about the 'we'.

We have normalised self-interest in our leaders and values that lead to self-interested actions - in policies and practices with both a small and capital P. Climate change, inequality, white supremacy. These are issues we should have more consensus to act on, they are issues that harm many more of us than they benefit, yet it is the interests of the few that prevail.

So while Ms Ardern is pole vaulting her leadership gig, the bar has been set pretty low for a while now. We can all draw inspiration from her in our everyday lives, and lift the bar on leading for collective wellbeing.

However, in our enthusiasm for this new/old leadership, we should not obscure a type of leadership that is just as important. The leadership being enacted by entire communities who have the most reason to turn inwards. 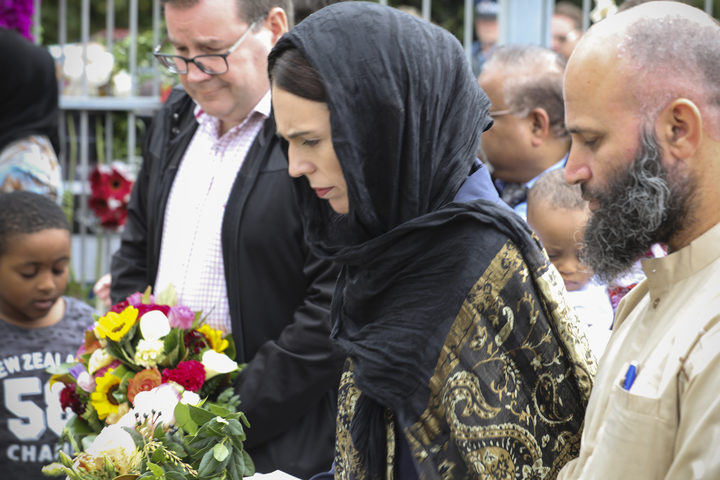 Muslims have reacted to the Christchurch terror attacks with an open call for tolerance, love and compassion. Photo: RNZ / Ana Tovey

Firstly, the Muslim community in Christchurch and across New Zealand, which has in the face of the terrible hate, reacted with an open call for tolerance, love and compassion. This is despite raising concerns for years about the risks posed to them as a community. Imam Gamal Fouda's speech on Friday was public oratory of a type not often heard from our leaders.

If the situation was reversed, I cannot image that there would be an outpouring of calls for tolerance, love and gratitude from New Zealanders toward our Muslim community. Mosques have been opened, strangers embraced. As I walked past Kilbirnie mosque in Wellington on the weekend, a Muslim man walked over to a Pākehā woman crying quietly outside, and shook her hand and invited her in. That is leadership too.

Secondly, let us not be blind to the leadership shown by Māori in New Zealand for decades, centuries even. Many Māori have made endless attempts to work with the Crown, and all New Zealanders, to find resolution and repair for violence and hate, intolerance and theft, enacted against them for decades. Enacted by the very people they invited in and helped to settle here.

Yet they have been prepared to rebuild relationships. They have gifted their taonga, their mātauranga, their whenua, for the benefit of the collective. Māori have shown tolerance, and a willingness to work with Pākehā, even when Pākehā refuse to see those efforts. That is leadership too.

To paraphrase Jon Stewart we have been taught that racism is bad, but not what it looks like. We are deeply steeped in stories that white people and Christian-based cultures are superior to non-white people and non-Christian cultures. It is a narrative that makes it difficult to value each other because of our many differences. Instead we focus on trying to minimise them.

One small way we can fight these narratives, to disinfect them, is to recognise and celebrate the diversity of extraordinary leadership shown by our many communities across New Zealand. I imagine the prime minister would agree.

*Dr Jess Berentson-Shaw is co-director of The Workshop, a policy and communications think tank.