At 3pm on Thursday, I became the owner of an illegal firearm. My trusty SKS has been recognised, finally, for what it always was - an assault rifle, the sort of thing issued to soldiers to fight wars with. I'll be sad to see it go, but it's about time it did. 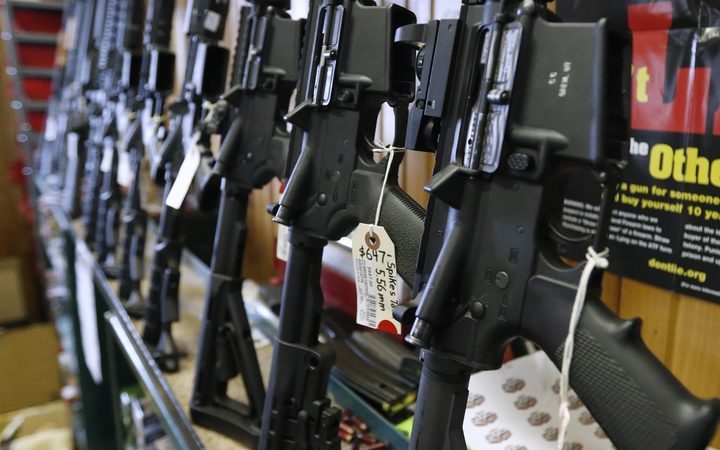 The government's gun law reform package is notable because it balances three factors that in previous reforms have proven irreconcilable: it removes the most dangerous firearms from legal circulation immediately; it does so without being a knee-jerk overreaction; and it does so quickly, without extravagant cost, and without much legal vulnerability.

First, the good. The order classifies firearms based strictly on their fire capability and action type, not on the largely cosmetic "military-style" basis of previous reforms. That alone makes this regulation better than previous iterations, where unclear and legally vulnerable definitions created a loophole that allowed the Christchurch mosque shooter, and others before him, to possess a rifle that the Arms Act amendments put in place after the Aramoana massacre never intended for ordinary gun owners.

This order applies to rifles and shotguns based on power, action type, and magazine capacity. Specifically, it applies to semi-automatic centrefire ("high-powered") rifles and shotguns with detachable magazines larger than five rounds. Semi-automatics can fire a lot of bullets quickly, but magazine type and capacity also provides a strong constraint. High-capacity detachable magazines can be loaded in advance, and a shooter can carry several of them and reload quickly. This is not the case with fixed magazines, where a shooter needs to reload each round individually. Not a problem for hunters, but a major problem for mass shooters.

It looks like semi-auto centrefire rifles with a small fixed magazine will remain legal. That drastically reduces the impact of the regulations on hunters and others who prefer this type of rifle, without creating a dangerous loophole.

But it also clearly excludes anything that comes with a larger magazine, or can accept a detachable magazine, like my SKS, or the shooter's AR-15. The order also essentially bans anything that could be used to circumvent these new rules. No more may gun shop owners lawfully sell high-capacity AR magazines to ordinary punters, and nor will there any longer be plausible deniability about what they might be used for.

It also ensures parity with shotguns. Fairness seems a key consideration in these decisions, and that is really important, because while lawful firearms owners deserve the recognition that they are not culpable for last week's atrocities, such recognition will also improve compliance.The object of the reforms is to get the largest number of most-dangerous firearms out of circulation in the shortest possible time with the least hassle, and the only way that works is with the consent of firearms owners.

Now, the (arguably) bad: Most obviously, the order does not ban all centrefire semi-automatic rifles and shotguns. Nor does it ban semi-automatic rimfire rifles. These low-powered, mainly .22 calibre firearms are most useful for shooting small game like rabbits and possums, but any rifle can kill people. But they are also the most common guns in the country, and the government has chosen a simple and low-impact regulatory approach in favour of a strict crackdown, and this too will aid compliance.

Another factor is cost. A fair value buyback means paying possibly hundreds of millions of dollars of government money to a firearm owning community comprising mostly white men. It is crass to think too hard about money at times like this, but adding .22s to the tally for only marginal gains in public safety is probably a poor deal. The object is to get the worst guns out of circulation while minimising the impact on legitimate owners and without spending a fortune doing so, and this reform package will achieve that.

But it means the reforms do not go as far as the Australian National Firearms Agreement, the program enacted by John Howard after the Port Arthur massacre, which banned practically all semi-automatics of all sizes, and some others as well.

In my view the risks to public safety from these omissions are low, and the likely benefits in terms of voluntary compliance more than outweigh any additional risk. But a diversity of views exists on this matter, and those who disagree will still be able to make their views known during the formal legislative reform process.

And lastly, the missing. This is not a total gun law reform package. There is much room to further tighten regulations: sensible ideas to consider include a firearms registry linking license holders to individual rifles; changes to firearms license vetting and renewal; point-of-sale restrictions or a cooldown period for new gun sales; and others. But these are trickier matters, and greater deliberation is needed to do them justice.

So we have a regime that is not as draconian as the Australian regime, but probably has the same overall effect on public safety, with likely higher levels of voluntary compliance, done in under a week.

It says good things about the government that, at a time of such a deep national crisis, they have sought to balance effectiveness against costs and regulatory impact rather than reflexively imposing a total ban. And it says good things about the National Party opposition that they are supporting these reforms in the name of national unity. It has been a tough week, but it is hard to beat that.

Now I just have to make an appointment to hand over my SKS.

*Lew Stoddart is a media analyst, gun owner, and hunter. He tweets @LewSOS.