Analysis - The government has to deal with the possible return of New Zealand's first "Kiwi Jihadi" and the serious implications of the census that went wrong. 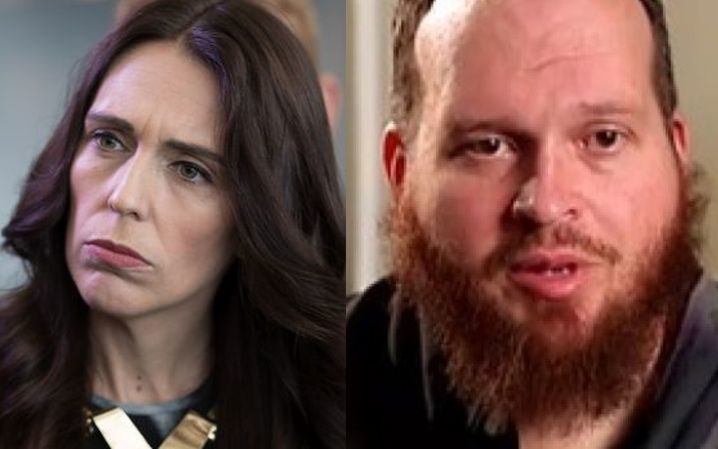 Prime Minister Jacinda Ardern says Mark Taylor got himself in the mess he's in and it is up to him to get himself out of it. Photo: RNZ

The government would clearly prefer Mark Taylor to lose himself somewhere in the world other than New Zealand.

There's no precedent for the "Kiwi Jihadi" situation that Prime Minister Jacinda Ardern faced up to this week.

She's has to take heed of New Zealand's obligations under international law while not wanting to be seen to encourage a highly undesirable individual to come home.

Taylor is being held in a Kurdish prison in Syria after apparently surrendering, with no food or money and only bad options in front of him.

The 42-year-old left five years ago to join ISIS, which is now clinging desperately to its last tiny stronghold in Syria.

When he arrived he said he would stay there until he achieved martyrdom, and has since changed his mind.

"I don't know whether I can go back to New Zealand, but at the end of the day it's something I have to live with for the rest of my life," he told the ABC.

He can come back to New Zealand but it will be extremely difficult and if he does he'll almost certainly be charged with terrorist offences committed outside the country.

Taylor burned his New Zealand passport and declared himself a citizen of ISIS when he joined it. His story now is that he burned it because someone else was going to take it and use it for a false identity.

So he has a problem. New Zealand has no representation in Syria and to get a temporary passport he has to travel to a country where it does. The closest is Turkey.

The government can't refuse to issue the temporary passport because no country can make a person stateless.

But it's not going to help him get to Turkey or anywhere else.

"We have consistently told Mark Taylor that we cannot help him obtain a travel document, he would need to make his own way to a country where New Zealand has consular representation something that in his current situation would be difficult to do," Ms Ardern said at her post-cabinet press conference this week.

Ms Ardern didn't explain how Taylor had been "consistently told" this information.

He has said there was contact with New Zealand intelligence officials but the prime minister wouldn't comment on that.

She went on at length, and several times, about the warnings that were issued against anyone going to Syria.

The message was that Taylor got himself into this, so he can get himself out of it.

It's interesting that the National Party hasn't tried to score points over the government's attitude to Taylor.

It knows that if it was in power, it would have the same obligations to a New Zealand citizen.

All that party leader Simon Bridges has said is that he's sure most people don't want Taylor back, which was stating the obvious.

Going on the various interviews that RNZ and others have done with people who knew Taylor, he's a no-hoper who likes to see pictures of himself holding knives and guns.

He's reported to have expressed an interest in going to Indonesia, which seems a more likely scenario.

To get to New Zealand he would have to fly, and as he's sure to be on an international watchlist it's doubtful any airline would take him anywhere.

Taylor now seems to have open access to the media, and in his latest interview, published on Friday, he said he felt he had been betrayed by New Zealand and was reported to have been surprised that he wasn't going to be helped.

The report, by Abu Dhabi based news outlet The National, also said he showed no remorse for ISIS having murdered 15 Western hostages and defended slavery.

He really isn't doing himself any favours.

The Kurds are reported to want to get rid of him, so they may simply let him go. And that could be the last New Zealand hears of him.

Something we haven't heard the last of is the botched census. Stuff reported this week that it's 365 days since it was taken and Statistics New Zealand still can't confirm when the data will be released. It has previously said the target was April.

Andrew Sporle, a University of Auckland statistician, told Stuff the census was a disaster and would create uncertainty in matters ranging from the government's wellbeing targets to the number of Māori electorates.

It was the first online census, and it's now been revealed that the number of field staff was cut from 7000 in the 2013 census to 1800. That saved about $8 million.

Stats NZ has confirmed that its attempts to fix it would cost $5 million.

The previous government signed off the online census, part of its obsession with services "going digital", which was sold as being hugely beneficial for everyone - and, of course, costing far less.

Now it's a Green Party MP who carries the can, Statistics Minister James Shaw.

"Everyone's aware that there may be some areas where the data quality might not be as good as in previous years," he said.

That could prove to be the understatement of the year.