Having lived among ISIS fighters for five years, New Zealander Mark Taylor perhaps isn't so bumbling after all, a law expert says. 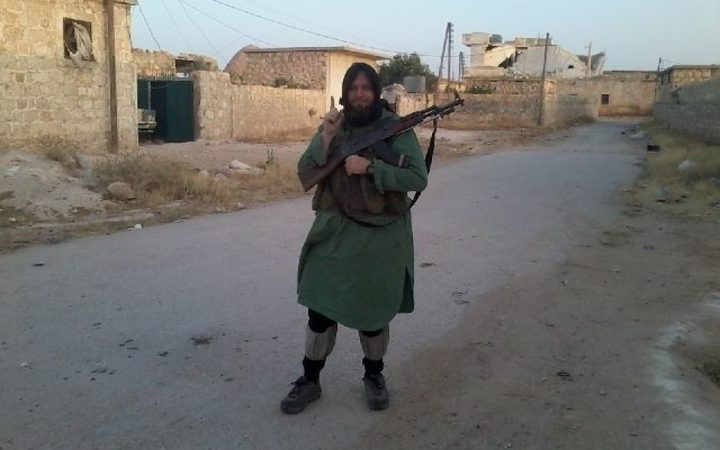 Mark Taylor during his time with ISIS. Photo: Facebook

New Zealand can shortly expect demands from Kurdish officials to take the imprisoned Kiwi IS fighter, Mark Taylor, off their hands.

Taylor was arrested in December, and told the ABC's Middle East correspondent Adam Harvey he had turned himself over to Kurdish forces when he realised life under Islamic State wasn't what he had anticipated it would be.

He said his life had become unbearable, with no food or money, and that basic services had collapsed. 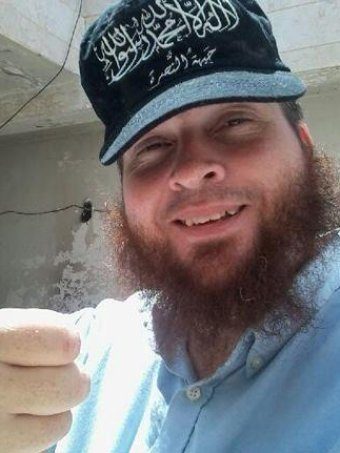 Taylor was dubbed the "Bumbling Jihadi" after he gave away the location of Islamic State fighters on Twitter when he forgot to turn off the geotagging function.

But University of Waikato law professor Alexander Gillespie said the fact he had managed to survive in one of the most dangerous places on earth showed that he was very resourceful.

"He's been in a number of combat zones since 2011 ... to have actually survived a war of the intensity in Syria and then be captured and still be alive at this point is quite miraculous."

Prime Minister Jacinda Ardern said under international obligations Mr Taylor won't be denied access back to New Zealand because he was still a citizen.

Prof Gillespie said the government's approach was the right one.

"Our government is following the approach of the British, which is effectively saying 'we will help them if they can get to an embassy or some consular help in Turkey'," said Prof Gillespie.

"You need to get these people out so that they don't effectively just go into the wind if they are released in Kurdistan.

"It's very important that each country faces up to its responsibilities to bring home these people not because we feel particularly inclined to be nice to them but if you don't bring them home there's a chance that they'll go out and perpetuate their act again somewhere else."

He said the government needed to do more than just wait for him to get to Turkey to ask for help.

Taylor said he spoke with New Zealand intelligence officers on the ground in Syria shortly after his arrest in December.

But the Minister responsible for the intelligence agencies said no-one from the government had been in contact with Taylor since he was detained.

Andrew Little said New Zealand would not deny his citizenship but Mr Taylor had to first get to the nearest diplomatic mission to get an emergency passport.

Jacinda Ardern said there were laws in place if someone like him tried to come home.

"For those who engage in terrorist activities, that can be anything from a maximum of 14 years to life imprisonment. There are penalties under the Crimes Act as well."

"If there were New Zealanders there he may well have committed atrocities against them - I think he's fine where he is in that jail.

"He's made a number of choices, I think he sounds like a very dangerous individual. Ultimately if he applies for a passport, New Zealand has obligations there. Over and above that I don't think he's somebody we want back in New Zealand."

An international relations professor at the University of Otago is glad the government won't be revoking Taylor's citizenship.

He said Taylor was vulnerable to joining other terrorist groups in the Middle East and it was important he was removed from the equation.

He said keeping him out of New Zealand was not going to make the country safer.

"ISIS is still a very dangerous organisation which will use all the means at its disposal, including the internet, to win new supporters and it could include New Zealand. He should be brought back and face the legal consequences.

"That may be one less person ISIS can call on in the future, and we should try and rehabilitate him ...when these people turn they can be powerful advocates against the likes of ISIS."

He said the bigger danger would be to leave Mr Taylor to fester in the Middle East.

"ISIS is basically dedicated to destroying everything this country stands for in terms of democracy and human rights. Their narrative is that Western countries including New Zealand are engaged in a war against Islam ...we are engaged in a battle of ideas for the loyalties of certain people and it's important that we don't do ISIS work for it by being seen to abandon our international responsibilities."

Mark Taylor is a follower

A former friend of Taylor said he was easily influenced and always looking for something.

Logan Bartlett was in the New Zealand Army with Taylor in the late 1990s.

He said Taylor's own stupidity and actions had led him to where he was today.

"He's always been bit of a lost little lamb. He was a born again Christian when we were in the army. His first wife at the time, she was a Christian so he became a Christian because that's what he's like he just has to follow, has to have something ...he can't just be his own person," said Mr Bartlett.

"He's a nice guy and I doubt that he would hurt a fly but he puts himself into some stupid situations that's for sure."

What would compel him to fight for Islamic State?

"All he really wants is to be wanted ...it could have been anyone, any other group. He's just a follower, he can't think for himself."