A New Zealand man who joined Islamic State several years ago is being held in a Syrian prison after being captured on the battlefield. 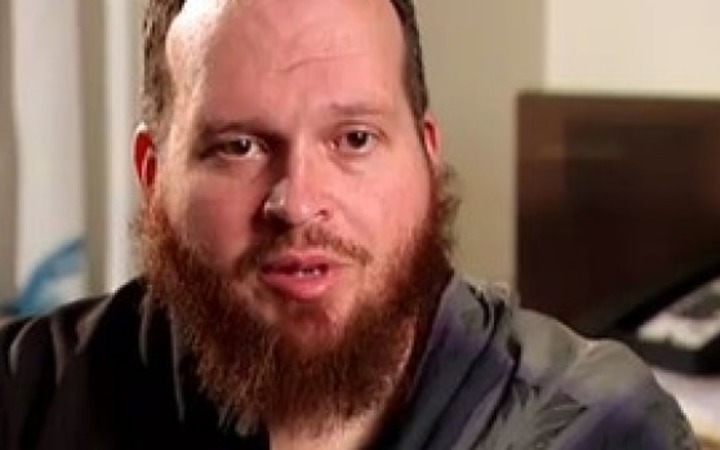 Nicknamed the Kiwi Jihadi, Mark Taylor told the ABC he fled the Islamic State group in December and surrendered to Kurdish forces because life had become unbearable.

"There was no food, no money, basic services were pretty much collapsed. I was in a pickle myself and had to make a final decision, which was to leave," Taylor said in the exclusive ABC interview. 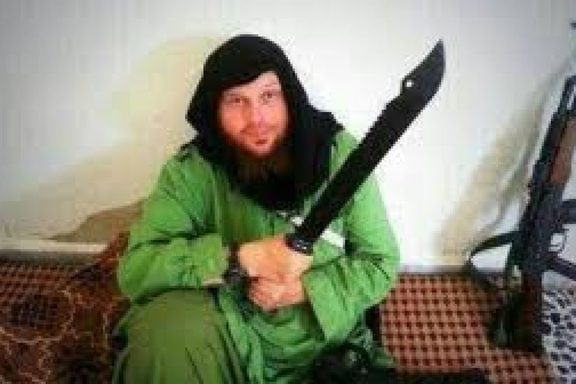 Mark Taylor pictured in this supplied image posing with a sword. Photo: Supplied to the ABC

For five years he lived with the extremist group but claims he wasn't a fighter and was only deployed as a guard.

"I was helping to guard a border between the Syrian government and what was territory of Islamic State. I had a Kalishnakov but I only used it for practice," he said.

"There's a difference between fighting and guarding. Guarding you don't need to plan anything; attacking you need to make preparations.

"Every two hours on a 24 hour basis, you have to guard a particular area."

In 2015, the US government declared Taylor a global terrorist after he encouraged attacks in Australia and New Zealand and appeared in an IS propaganda video.

He also posted a YouTube video telling followers to "commence your operations, even if it means you have to stab a few police officers, soldiers on Anzac Day and so be it."

In 2009, he was arrested in Pakistan for trying to gain access to Al Qaeda.

In 2010, he was deported by ASIO after he was assessed as being a security risk. Taylor had lived in Australia on and off for 25 years.

Taylor said life under the Islamic State group wasn't what he had anticipated.

Very quickly, he said, he was on the radar of IS's secret police unit and jailed three times.

"I had [become] more resentful towards the security of the Islamic State more than anything else. I was threatened with torture and jailed on suspicion of being a spy," he said.

"The last time was quite ridiculous. I was accused of drinking and making alcohol and smoking hashish."

In October 2015 he gave away the location of Islamic State fighters on Twitter when he forgot to turn off the geotagging function.

He spent 50 days in an IS prison over the incident.

"The Twitter account got suspended, and on the ninth of January 2015 I was given a letter by one of the officials and told to have a meeting," he said.

"They took me into a room, took my weapon off me and anything else, like my mobile phone, which I never see again, and say 'you're under suspicion for 12 GPS locations around the Islamic State'."

Witness to beheadings and executions

During his time with the Islamic State, he said, he witnessed a number of beheadings and executions.

"They had a lady they took out of a truck and shot her in the back of the head. There was a big crowd gathering around. I asked, 'what's going on?' but no-one answered," he said.

"The other time I was living in Soussa, they had someone crucified with a sign around his neck, but I didn't know [what it read]. I couldn't understand the Arabic.

"Anyone that spoke openly against the oppression ends up going to jail or getting their head cut off."

He claims to have met few Australians in Syria other than Neil Prakash.

"I come across him when I was in Raqqa," he said.

"He was making a video with the head of Islamic [State] media and asked me to be a stand in, so I was just sitting there for 10 minutes, but I was only in it for about a second.

"He told me he had health problems, he had kidney stones."

'Too poor' to afford a female slave

He says one of his regrets while living in the so-called Islamic State was being unable to afford a Yazidi slave.

"I would have like to have one, but I never got to," he said.

Taylor said he believed if he owned a slave he was entitled to do whatever he wanted, and he didn't care that the women were taken forcibly as slaves.

"It's not my concern because, as I said, to buy a lady it costs money," he said.

Taylor had two wives while living with the group, both of them Syrian.

"I was married to one Syrian lady from Deir Ezzor. Her name is Umm Mohammed. She begged me to leave and go to Idlib, then onto Turkey," he said.

"One month after that I married another Syrian woman who was pro-Islamic State - much younger lady - but I divorced her. She didn't want to stay in my house; she wanted to move to another area and be close to her friends, not her husband.

"I had to explain to her on several occasions that she had to stay home and obey her husband."

Taylor said he would be surprised if New Zealand did not take him back.

"If they do take me back, most probably I'll be spending a couple of years in jail," he said.

And he had an apology, of sorts, for his home country.

"I'm sorry for causing too much trouble and being a bit hot-headed and flamboyant in my approach… I don't know if I can go back to New Zealand, but at the end of the day it's really something I have to live with for the rest of my life."