Opinion - Could Judith Collins finally get her chance to lead the National Party, and perhaps even become prime minister? She is back in the frame as a serious contender for the National Party leadership, following Simon Bridges' "worst week in politics".

There is no doubt that Mr Bridges is looking wounded at the moment. Rating only 7 percent as "preferred prime minister" in Tuesday's 1News Colmar Brunton poll* compounded that damage, especially because Ms Collins was nipping at his heels at 5 percent.

These are the arguments for and against her leadership. 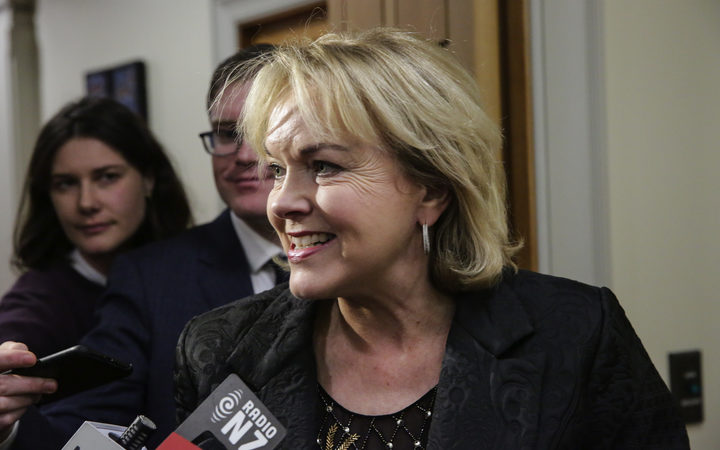 The case for Judith Collins:

Ms Collins could make an impact as National leader because she is colourful, both in terms of her personality and politics, unlike Mr Bridges who comes across as a mild, centrist technocrat. She is brash, humorous, and fiery. Her politics, likewise, are much more hard-line - she is a "true blue" rightwing conviction politician, but with a feel for populist electioneering.

In 2015, Ms Collins wrote an important newspaper column about modern politics and her approach. Ms Collins saluted the British Labour Party's Jeremy Corbyn for revitalising politics there with his idealistic and authentic campaign for the leadership: "For them, Jeremy Corbyn is a breath of fresh air offering an alternative viewpoint, even if he is deluded. And that's what politics should be about - a contest of ideas, policies and views - even crazy ones."

This could be just the recipe for National to take on the popular Jacinda Ardern and Labour. We are in more radical times at the moment, when the public want big and bold ideas and statements from our politicians. Certainly, under a National Party led by Ms Collins, voters would see some dramatic contrasts to the current government.

The case against Judith Collins:

It's not just voters she needs to win over. Under MMP, major parties either have to win the centre votes themselves or have potential coalition partners able to do so.

Ms Collins and David Seymour, for sure - but a Collins-led National Party would make Act even more redundant (if that is possible).

But the main problem is that, while Jami-Lee Ross has damaged Mr Bridges, he has actually damaged Ms Collins much more, especially in the minds of the National Party and its caucus.

The train wreck that National had last week was actually the end of a very slow motion derailment that started many years ago.

Collins was accused of leaking information to her friend and right-wing blogger Cameron Slater in the book Dirty Politics. She resigned from Cabinet after allegations she tried to undermine the Serious Fraud Office director, although an inquiry cleared her of wrongdoing.

That a number of the same political actors and techniques featured in Dirty Politics are still involved shows that National did not sufficiently banish these elements and practices from within the party. It's difficult to see many current National MPs voting for more of the same.

The silver lining for the National Party from the current horrendous mess is that they now have the opportunity to clean up properly. But this almost certainly means that Ms Collins' won't be allowed near the controls.

* Interviewing for the 1News Colmar Brunton poll took place from 15 October to 19 October, with 1,006 eligible voters contacted either by landline or mobile phone. The maximum sampling error was ±3.1 per cent.

** Dr Bryce Edwards is a Victoria University of Wellington academic whose main research areas are in political parties, elections and Parliament.

A previous version of this article associated Ms Collins with Simon Lusk. Ms Collins says in her 16 years in politics, she met Me Lusk on two occasions at National Party functions. She says they have exchanged only a few words with each other, and have never worked together.